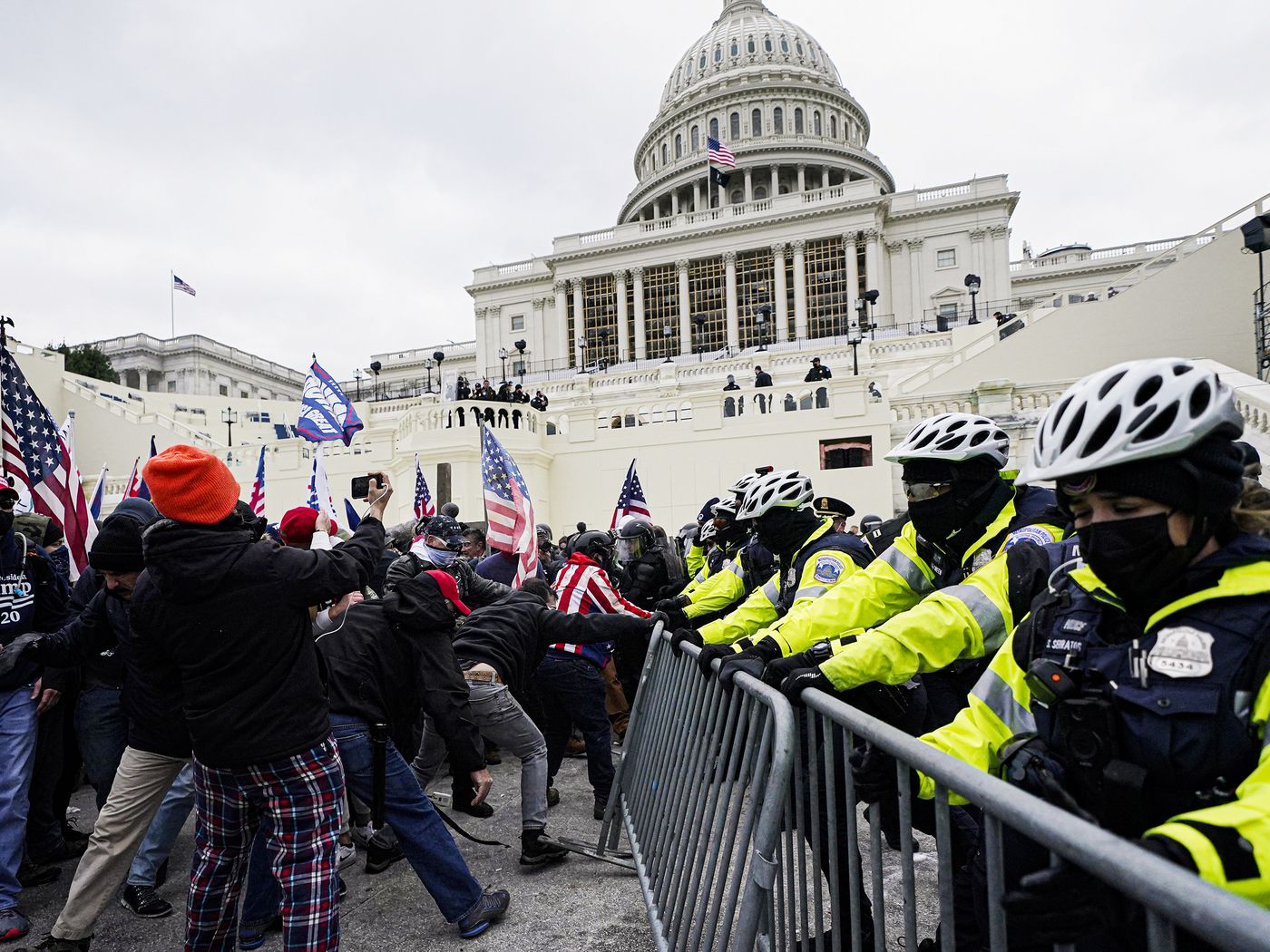 President Trump supporters try to break through a police barrier in front of the Capitol on January 6. (Photo: AP)

"The fence will go up a day or two before, and if everything goes well it will come down very soon after," Capitol Police Chief Thomas Manger told reporters.

The Saturday rally, titled "Justice for J6," aims to protest the arrest of hundreds of rioters in the wake of the Jan. 6 Capitol attack.

Earlier on Monday, Capitol Police officers arrested a 44-year-old man for allegedly possessing a bayonet and a machete outside the Democratic National Committee headquarters, which sits just south of the Capitol building, according to a report by The Hill. Both items are illegal in Washington.

Some 140 police officers were reportedly injured when confronting a mob of Trump supporters who breached the Capitol on Jan. 6 in an attempt to stop Congress from certifying the 2020 election results for President Joe Biden.