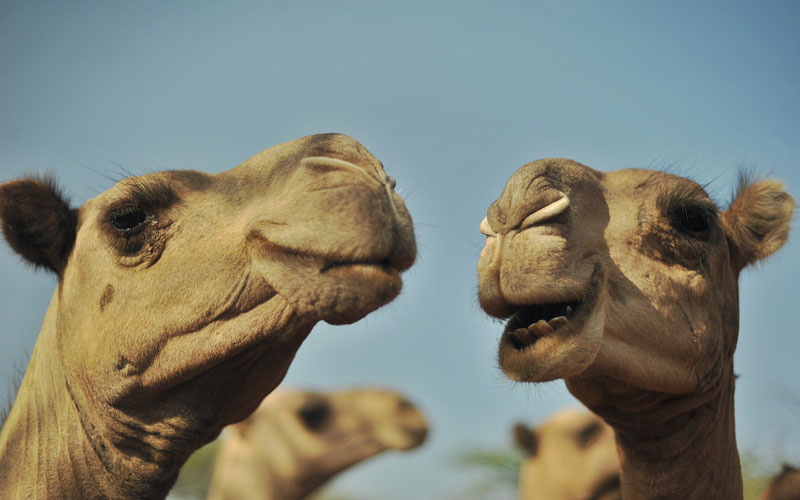 CANBERRA (Xinhua) -- Farmers in Australia's Northern Territory (NT) have warned that feral camels are causing "massive" damage to their properties.

Dianne Martin, a pastoralist at Mount Denison Station 320 km northwest of Alice Springs in Australia's red center, told the Australian Broadcasting Corporation (ABC) on Thursday that she and her husband Terry, have had to deal with an influx of camels onto their land.

"Over the years we've had very little problems with camels, there'd only be a handful you'd see in a year," she said.

"But in the last year there's been hundreds and hundreds of camels that have come in.

"It's had a massive effect and a very expensive one, with fences being smashed down, bores being broken.

"We have a lot of camels coming in very poor condition, very weak, some are literally just sitting down and dying."

There were more than 1 million feral camels in central Australia in 2008.

However, a 19-million-Australian dollar management program launched in 2009 reduced the population to 300,000 by 2013. A report on news.com.au last year put the feral camel population to around 1.2 million.

Martin accused the Central Land Council (CLC), the organization in charge of managing Aboriginal land in central Australia under the direction of traditional owners, of becoming lazy since 2013 and "only occasionally" conducting feral animal control programs.

"They have more of a reaction once it becomes an animal welfare issue, they react to that, but don't have ongoing programs," she said.

Peter Donohoe, leader of the CLC's land management team, said that the organization does not have an active camel culling program because of budgetary restraints but said it was trying to stay on top of the camel program.