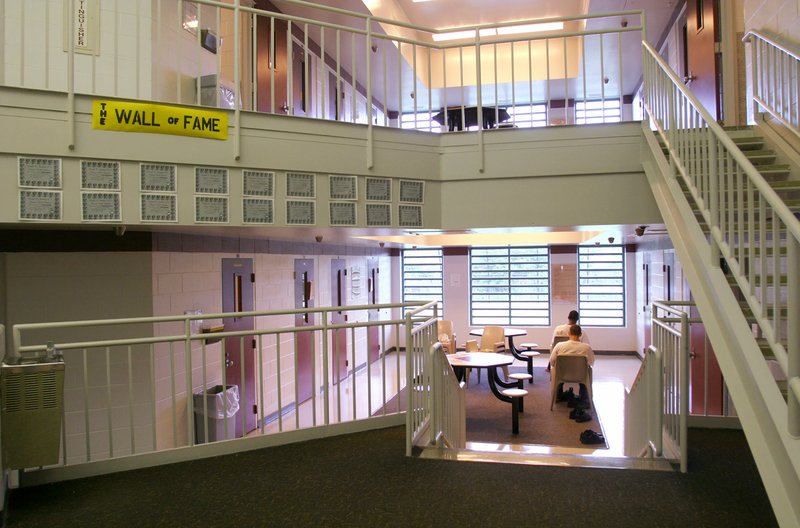 This May 18, 2004 file photo shows Inmates sitting in one of the cottages at the Circleville Juvenile Correctional Facility in Circleville, Ohio. (Photo: AP)

A new federal report has found the number of kids who say they have been sexually victimized in juvenile detention centers has dropped across the US compared with past years. But remarkably high rates of sexual abuse persist in 12 facilities stretching from Oregon to Florida, according to the Bureau of Justice Statistics report released Wednesday.

The report analyzed data collected during more than 6,000 anonymous interviews last year at nearly 330 juvenile detention facilities. Young people were asked about any forced or coerced sexual contact they experienced, whether by staffers or other kids, ranging from rape to unwanted touching to being shown sexual pictures or movies.

Nationwide, an estimated 7.1% of children in juvenile facilities reported being sexually victimized during the previous 12 months, the report said. That’s a drop compared with the last time the survey was done in 2012, when 9.5% of youth reported being victimized.

“Today’s report shows that the juvenile detention system is making long overdue strides in preventing sexual abuse,” Lovisa Stannow, executive director of Just Detention International, an organization seeking to end sexual abuse in detention, said in a statement. “But even one sexual assault is too many and, as the report makes clear, this violence remains commonplace in youth facilities across the US.”

Twelve facilities had dramatically higher rates of sexual victimization, including three juvenile residential centers in Florida, three in Texas, and one each in Oregon, Arkansas, Idaho, Georgia, Ohio and New Jersey, according to the report.

At the Liberty Juvenile Unit for Specialized Treatment in Florida, just over 26 percent of youth reported being sexually victimized in the past 12 months. Similarly high rates — about 22% and 21% — were reported at the Hastings Comprehensive Mental Health Treatment Program and Gulf Academy, both in Florida.

Florida officials did not immediately respond to a request for comment from The Associated Press.

At the Juvenile Correctional Center in the small eastern Idaho town of St. Anthony, nearly 13 percent of youths reported being sexually victimized within the last 12 months. Roughly 500 miles (805 kilometers) north in a Lewiston, Idaho, juvenile correctional center, meanwhile, no incidents of sexual victimization were reported.

Idaho Department of Juvenile Corrections Director Monty Prow said he was surprised to learn the St. Anthony facility had a high rate of victimization. Calling children’s safety the “primary task,” he said his department would dig into the data.

“If the kids don’t feel safe, they won’t move to the treatment aspects of what we’re trying to offer,” he said.

Kids at the St. Anthony facility can contact trusted adults and child protection hotlines around the clock and report abuse in other ways, Prow said. They get training at least once every three months on how to report problems if they feel unsafe.

“Based on all the things we do, we were surprised to see St. Anthony end up on that list,” Prow said. “But we’re definitely looking into it to make sure there’s not something we can do better. We’re always looking to do better because the kids deserve it, and we will never stop doing that.”

The report’s findings raise concerns about states’ level of oversight of each problematic facility and whether enough is being done to uncover and respond to sexual abuse, said Marsha Levick, chief legal officer for the Juvenile Law Center, a rights organization within the child welfare and justice system.

“They need to step it up, quite frankly,” she said. “The fact that we see such variability across and within states of course heightens the need to ensure that we’re asking every child so we really understand what the victimization looks like.”

Research shows that trauma inflicted on kids in residential programs like detention centers increases the risk that they will experience mental health problems, have delays in their educational progress or harm themselves or others, Levick said.

“We removed these children from their homes, we have an obligation to keep them safe,” she said. “We do it because we claim we’re going to treat them, provide them an opportunity for rehabilitation, but if they are victimized in those facilities, we have failed them.”

The previous Bureau of Justice Statistics report included information about kids’ demographics, along with the finding that gay, lesbian, bisexual and transgender young people were abused at a far higher rate than others.

The newest report doesn’t include that data yet. The information will be analyzed and published in a future report, Bureau of Justice Statistics unit chief Erica Smith said.

Stannow of Just Detention International said the lack of demographic information is baffling. The report also didn’t include information about the circumstances surrounding the abuse, which was previously included.

Smith said the report’s findings are “generally a good story.”

“The real takeaway is that we are seeing a reduction in the total prevalence of sexual victimization, and that is essentially across the board,” she said.

It’s too soon to tell if the drop is tied to a federal law that began requiring states in 2012 to meet standards designed to reduce and prevent sexual abuse behind bars, Smith said. Future reports will help determine if the Prison Rape Elimination Act is making a difference, she said.