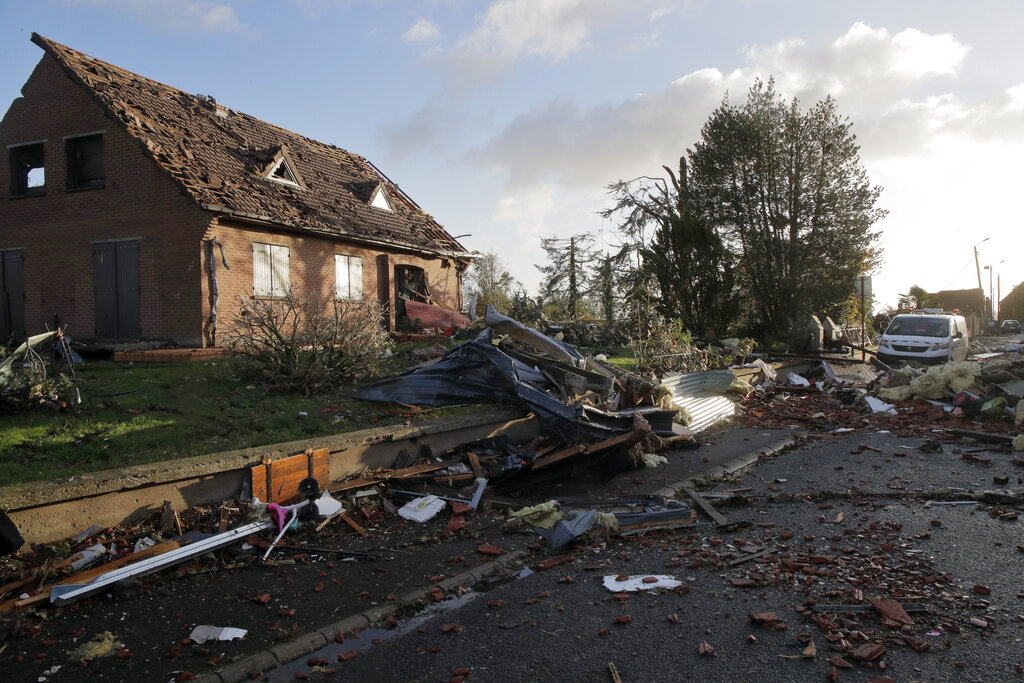 A destroyed home is seen after a tornado struck the area in Bihucourt, northern France, Monday, Oct. 24, 2022. (Photo: AP)

Tornado-like storms that tore through northern France sheared off part of a church roof, felled trees and power lines and left scores of people without a safe place to live, authorities said Monday.

One person suffered light injuries in the storms Sunday and some 150 people were evacuated, according to the regional administration for the Pas-de-Calais region.

Images shared online showed dark clouds suddenly spinning over fields as objects flew through the air. The winds ripped away sections of the roof of the village church in Bihucourt and damaged its belltower. Roof beams and shingles littered roads, along with trees and power lines.

Bihucourt mayor Benoit-Vincent Caille said on public broadcaster France-Info that the storm "ravaged the near-totality of the village. ... Some homes were razed, collapsed, there were roofs ripped off. The church is partially destroyed."

Some 70 kilometers (40 miles) to the south, fierce winds damaged about 60 homes and other buildings in the French towns of Conty and O-de-Selle, according to local authorities, and villagers were evacuated.

Strong winds also buffeted Belgium and the Netherlands but no major damage was reported.