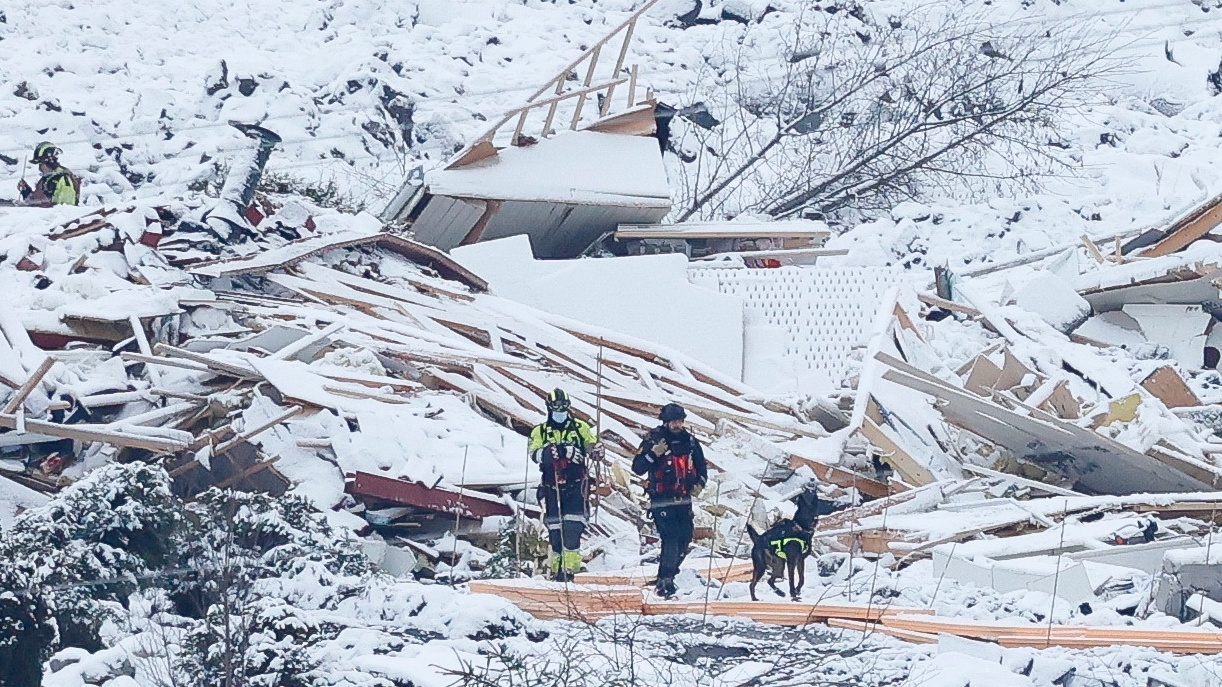 Rescue teams continue to search through the debris for survivors after a landslide destroyed parts of the Norwegian village of Ask on Wednesday. (Photo: AFP)

Time is running out for the five people still missing five days after a landslide engulfed a Norwegian village.

Rescue teams continue to search through the debris for survivors in Ask, a village 25 kilometers northeast of Norway's capital, Oslo.

A fifth body had been found on Sunday morning, after four people were discovered on Friday and Saturday. Only a Dalmatian dog has been rescued alive so far.

But local police chief Melbo Oeystese remains optimistic that some of those still missing could still be alive in air pockets inside the destroyed buildings.

"Medically, you can survive for several days if you have air," Oeystese said.

Search and rescue teams have been using sniffer dogs, helicopters and drones in a bid to find survivors and have also banned all aircraft from the disaster area until 3 p.m. Monday as they conduct aerial searches.

Norwegian police have pledged not to scale down the search, despite a rescue team from neighboring Sweden already returning home.

The police have published the names of the 10 people initially reported missing, and have identified the body of the first person found as 31-year-old Eirik Gronolen. The identities of the four other dead have not been released.

The country's King Harald V, Queen Sonja and Prince Haakon plan to visit the site on Sunday to pay their respect to the victims and meet residents who have been affected.

The landslide on Wednesday was the worst in modern Norwegian history, with photos showing buildings hanging on the edge of a deep ravine, which grew to 700 meters long and 300 meters wide.

More than 1,000 people have been evacuated as officials warns up to 1,500 occupants may be forced to move from the area amid fears over future landslides.

The rescue operation will continue for now, but with the limited number of daylight hours in Norway at this time of the year and fears of further erosion, time is running out to save the remaining seven missing people.