WORLD Fight to lead Hungary a close one

Fight to lead Hungary a close one 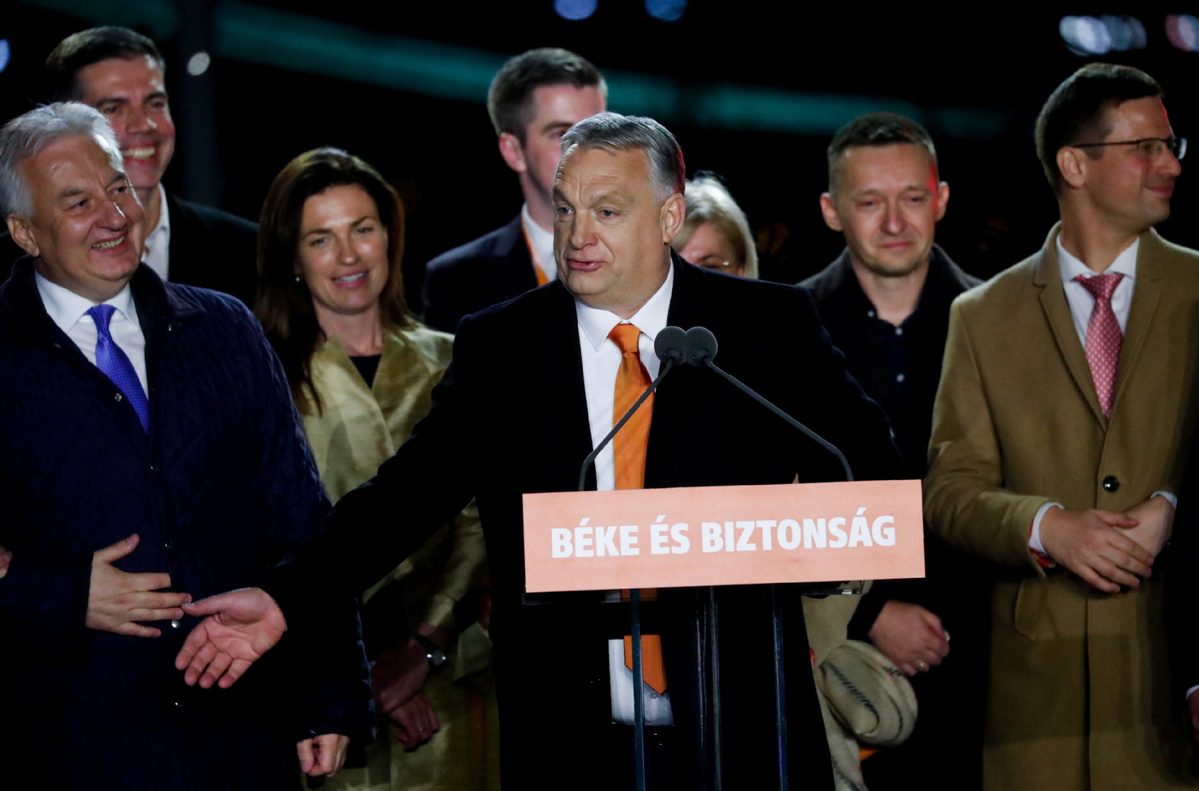 The future of Hungary's long-serving prime minister, Viktor Orban, was hanging in the balance on Sunday as voters chose between granting him another term and letting someone new take the reins.

But as the polls opened, pundits said the veteran leader was neck-and-neck with his closest rival, Peter Marki-Zay, and far from assured a fifth term as prime minister.

Orban's Fidesz party and its allied Christian Democratic People's Party was narrowly ahead of its rival bloc in voting for the nation's 199-seat Parliament, according to some pollsters. But one had the two groups each on 47 percent of the vote.

Pollsters Zavecz Research said on Sunday Fidesz seemed to have edged slightly ahead, with 39 percent of voters' support against the alliance's 36 percent.

But with around a fifth of voters saying they had not yet made up their minds, there was still much to fight for.

Gabor Torok, an associate professor at the Institute of Political Science of the Corvinus University of Budapest, told the Financial Times the result would be close, but predicted Orban would likely prevail.

"Although the two camps are roughly the same size, there is a world of a difference in reality," Torok said. "Fidesz has far more resources and deeper political knowledge, which tips the balance in their favor."

But he said the situation in Ukraine could throw a curve ball.

Orban, a nationalist conservative, has been treading a difficult path in recent weeks because of Russia's special military operation in Ukraine. He has close ties with Russia's President Vladimir Putin and has not followed many other European nations in sanctioning Moscow. Some pollsters say his decision not to criticize Putin may have angered some of his traditional supporters and some undecided voters.

As he cast his vote on Sunday, Orban was asked how he feels about Putin.

He said: "Vladimir Putin is not running in the Hungarian elections, therefore, I do not have to deal with this question today, luckily. I am standing on the basis of the Hungarian national interests, I am pro-Hungarian."

Orban has also faced criticism over Hungary's handling of the novel coronavirus pandemic, with the nation having endured one of the world's highest per capita death rates. It has also been hit by high inflation, a series of disputes with the European Union, and widespread claims of political corruption.

But experts said the right-wing populist's firm control of state media could tip the balance in his favor, despite the criticism.

Marki-Zay, who is currently the mayor of the small southern town of Hodmezovasarhely, insisted at a campaign rally on the weekend, however, that his six-party opposition alliance was "at the gate of victory".