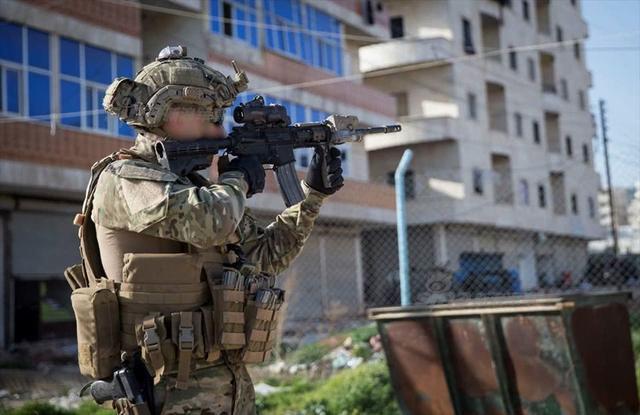 Two days of fighting in rebel-held parts of northern Syria killed dozens of people as al-Qaida-linked militants press their offensive against Turkey-backed rebels, a war monitor and activists said Wednesday.

The new wave of fighting comes after President Donald Trump’s abrupt announcement in mid-December that he was withdrawing 2,000 US troops from Syria and Turkish threats to carry out a military operation against Kurdish fighters.

With their offensive, the al-Qaida-linked fighters are trying to cut off Turkey-backed fighters in the northern enclave of Afrin from those in the northwestern province of Idlib, amid concerns that Turkey might make a deal with Russia at the expense of the extremists, said Rami Abdurrahman who heads the Britain-based Syrian Observatory for Human Rights.

“They are trying to say we are present and no one should ignore us,” he said of the al-Qaida-linked fighters.

The al-Qaida-linked Levant Liberation Committee and the Turkey-backed Nour el-Din el-Zinki group blamed each other for triggering the fighting, the worst in nearly three months.

The Observatory said two days of fighting in the provinces of Aleppo and Idlib have killed 31 people, including five civilians. Also killed were 14 al-Qaida-linked fighters and 12 Turkey-backed gunmen.

The government-controlled Syrian Central Military Media said al-Qaida-linked fighters are now in full control of the strategic town of Daret Azzeh and have also captured the villages of Kafrantin, Fadra, Houta and Mkalbis.

Abdurrahman said al-Qaida-linked HTS took the killing as a pretext to launch its attack.

Also Wednesday, French President Emmanuel Macron said the fight against terrorism in Syria and the Mideast must continue. The remarks came in a phone call with Russian President Vladimir Putin. According to a statement from the French presidency, Macron called on “avoiding any new destabilization” in the region.