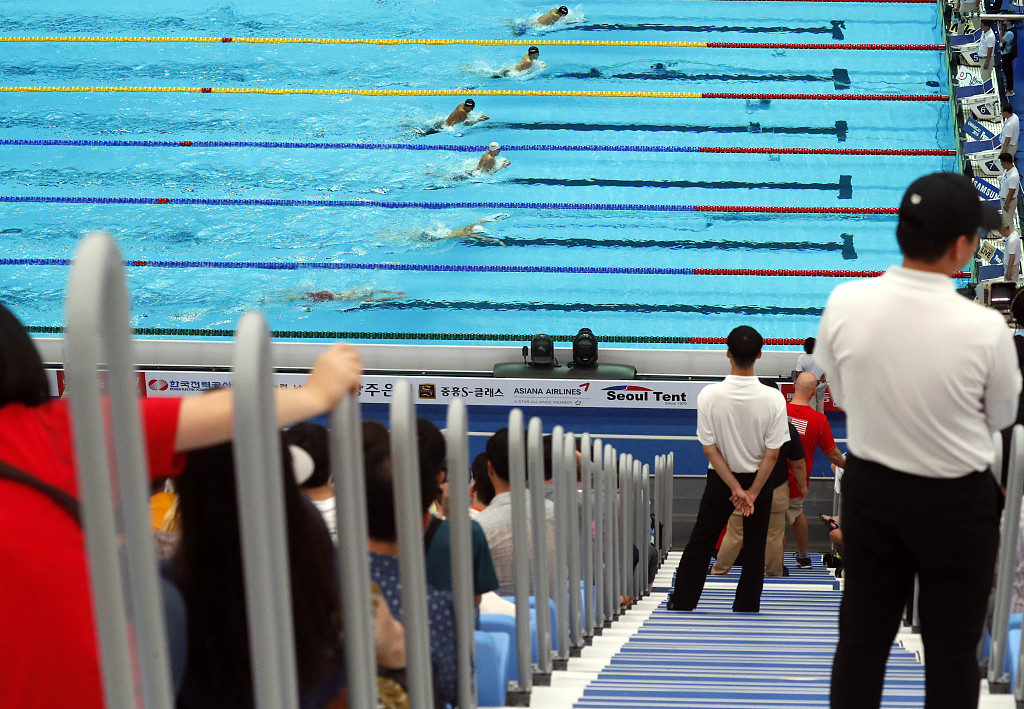 The governing body has attached an additional article to the FINA Code of Conduct, approved Tuesday in the South Korean city of Gwangju, where the 18th FINA World Championships is ongoing.

The new article, titled "Article 3 Rules of Conduct During the Competition," stipulates: "The competitors shall actively participate in the full conduct of the competition including victory ceremonies and, if applicable, presentations and/or press conferences."

"They shall strictly avoid any offensive or improper behavior towards the officials, the other competitors, the team members and/or the spectators during the entire conduct of the competition," it states.

"Any political, religious or discriminatory statement or behavior is strictly prohibited," the article adds.

The revised rules came after Duncan Scott of Britain, a co-bronze medalist, refused to step onto the podium during a medal-awarding ceremony for the men's 200m freestyle, where China's Olympic champion Sun Yang grabbed his second gold medal in the championships on Tuesday.

Mack Horton of Australia, a silver medalist, also distanced himself from the podium during the men's 400m freestyle medal ceremony on Sunday, when Sun won a gold medal ahead of Horton.