GWANGJU, South Korea, July 22 (Xinhua) -- FINA decided on Monday to send a warning to Australia's swimming body and Mack Horton for a controversial move on the part of the Australian swimmer in the men's 400m freestyle awarding ceremony. 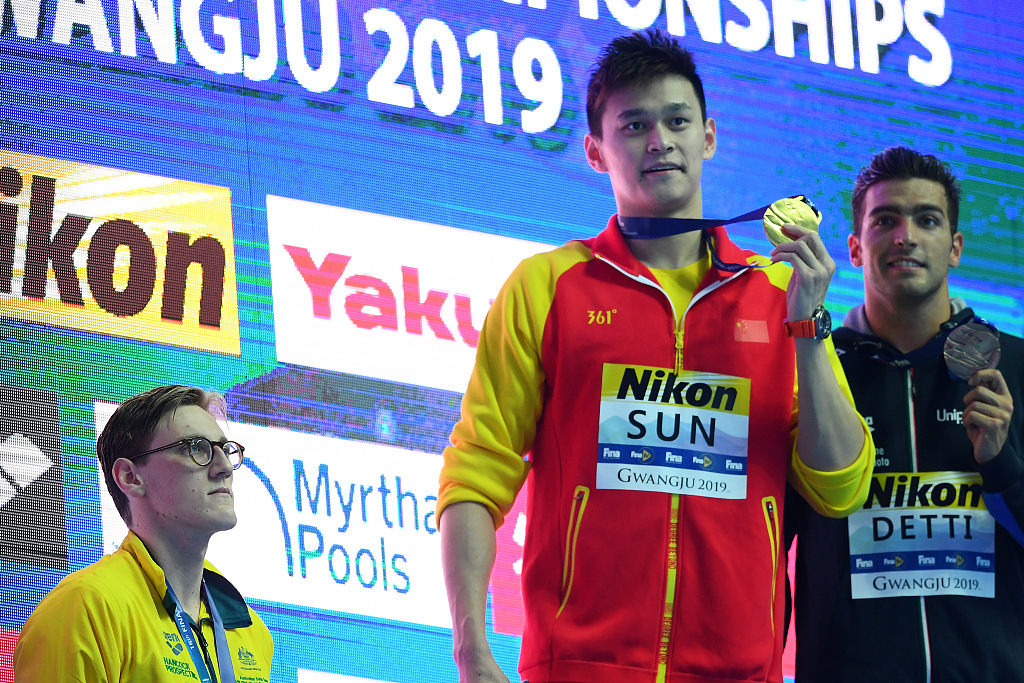 "The FINA Executive met today in Gwangju to analyze the situation related with the men's 400m free victory ceremony and has decided to send a warning letter to Swimming Australia Ltd and to athlete Mack Horton," the FINA said in a statement.

China's Olympic champion Sun Yang won his fourth straight world title in the men's 400 freestyle at the 18th FINA World Championships in the South Korean city of Gwangju on Sunday.

During the awarding ceremony, Horton did not step onto the podium after claiming a silver medal in the event.

"While FINA respects the principle of freedom of speech, it has to be conducted in the right context," said the FINA.

"As in all major sports organizations, our athletes and their entourages are aware of their responsibilities to respect FINA regulations and not to use FINA events to make personal statements or gestures," the statement noted.

The statement added: "The matter over which Mack Horton was allegedly protesting is currently under review by CAS and therefore it is not appropriate for FINA to prejudice this hearing by commenting further."

Sun requested a public hearing at the Court of Arbitration for Sport (CAS) to defend his innocence against alleged anti-doping rule violations.