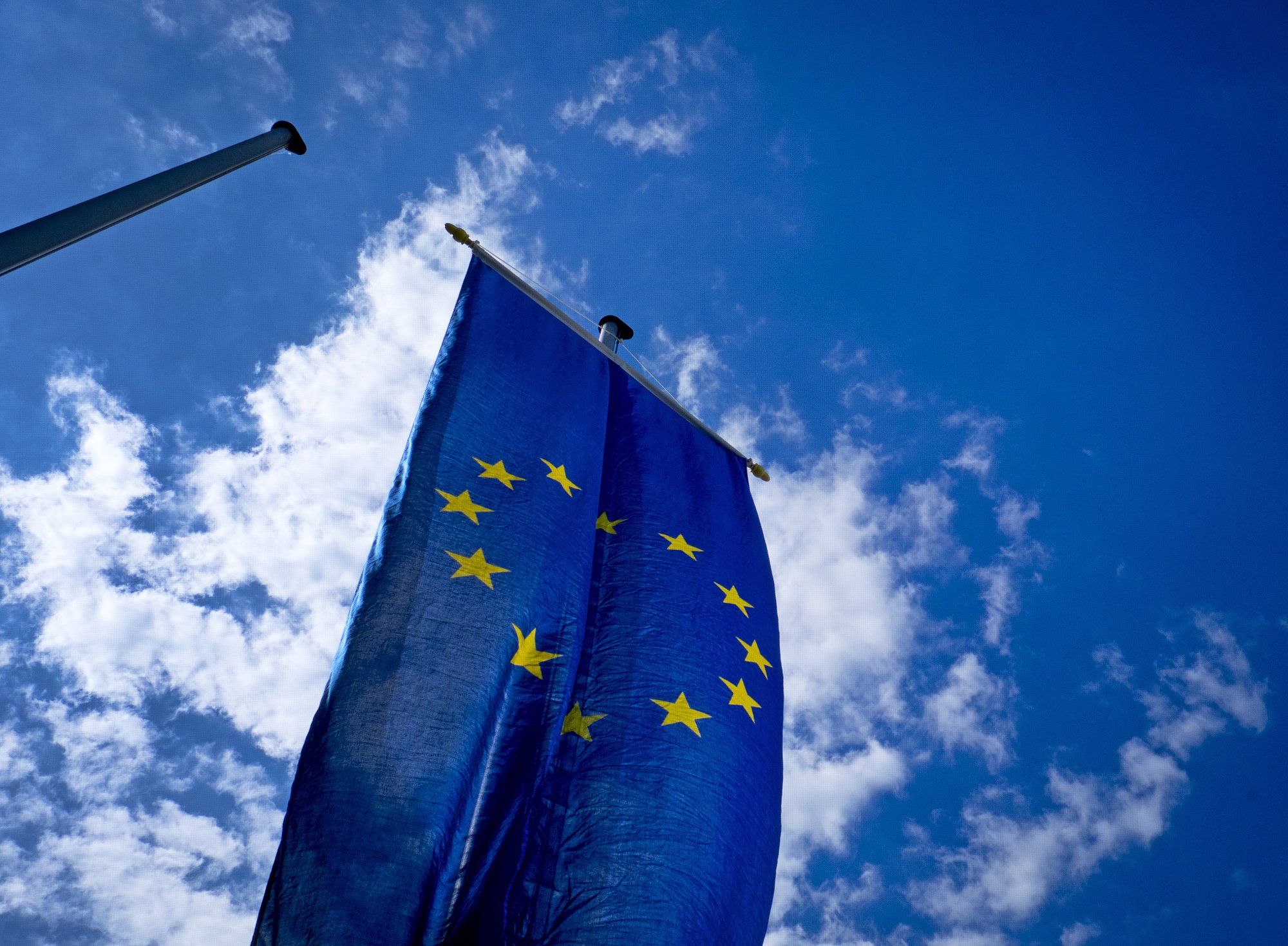 A European flag blows in front of a polling station in Frankfurt, Germany, Sunday, May 26, 2019. (Photo: AP)

With two opposing visions for Europe, RN and LREM will respectively send 22 and 21 lawmakers to the European Parliament (EP).

In a stronger-than-expected performance, the French Green Party improved its representation in the EP by winning 13 seats after 13.47 percent of the country's 47 million voters backed the Greens' list, 4 percent more than in the 2014 ballot.

"If, as head of state, I let Europe ... break up, I will have a responsibility to history. The French president is not a party leader but it is normal for him to get involved in fundamental choices," Macron told regional media days before this weekend's vote.

Despite his efforts to give an impetus to the Renaissance Party he created in 2016, its list was relegated to second place by the extreme rightists, which was widely seen as a personal blow to the 41-year-old head of state and to his efforts to renew the European by proposing a joint budget for the eurozone and stronger cooperation on migration, defense and trade.

However, the defeat is narrow for the ruling party and it will not trigger major changes in either the government's lineup or in its reform drive, analysts said.

"It is not a victory but a reprieve. He must continue with his liberal politics and focus more on ecology as I think he has understood the result's message," he said, referring to the Greens' surprise surge.

Alain Duhamel, a political commentator, commented that while Le Pen won but did not claim a "triumph," Macron was defeated but avoided "the distater."

"For Marine Le Pen, it's a victory, but a Pyrrhic one. We know very well that in 3 years, in case of a Macron versus Le Pen duel, Macron will win. Facing Marine Le Pen, he will always win," he told RTL radio.

In the ruling party, disappointment reigned but this was not expected to trigger changes in the government's course.

"When you finish second, you cannot say you have won ... The far-right is consolidating its position and many of our compatriots feel that the time has come for extreme solutions. This message is strong and we have received it," Prime Minister Edouard Philippe said.

"The time is now to act because the French will judge us on one thing: the results. We got some, but not enough," he said Sunday evening.

In the same vein, National Assembly President Richard Ferrand stressed that "the government is solid, the majority is welded. It is necessary to continue without seeking new orientations."

He called for a change of methods in order for them to be "closer and more attentive to local elected officials, large associations, trade unions."