Her tent is bare, she's unemployed and her family relies on food donations. But Nihaya Issa was forced to pick an Iraqi camp over the unliveable ruins of her native city Mosul. 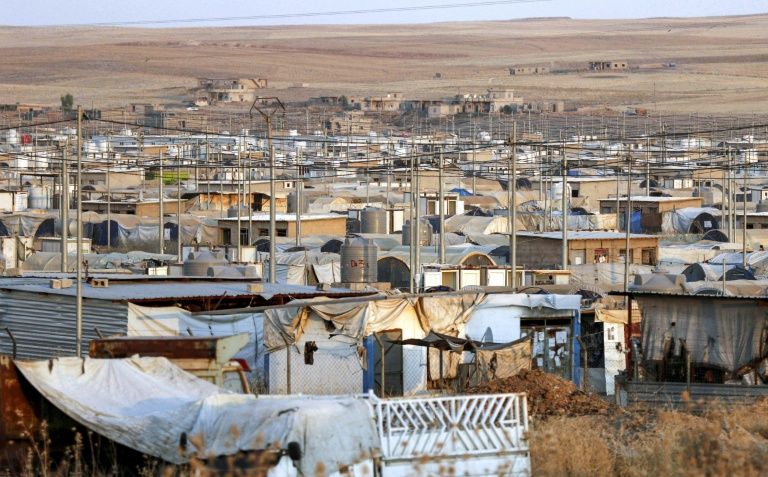 Across Iraq, more than 1.6 million people remain displaced, among them nearly 300,000 from Mosul alone, according to the International Organization for Migration. (Photos: AFP)

The northern city was freed from the Islamic State jihadist group's grip more than two years ago, but tens of thousands of Iraqis who fled Mosul into sprawling displacement camps have yet to move back home.

Many, like Issa, say they tried returning but were shocked by what they saw.

"When I went back to Mosul I didn't find my house. It was destroyed," said Issa, speaking from her stuffy tent in the Khazer camp about 30 kilometres (20 miles) east of Mosul.

"I also couldn't afford renting a house, so I came back to this camp again," she told AFP, clapping her hands in exasperation.

Dark circles have formed under her eyes, and the widow and mother of eight girls said she and her children "live a tough life" in Khazer.

But the 33-year-old feels she has little choice.

"We stay in the camp because of the food rations we get every 30 to 40 days," she admitted.

Across Iraq, more than 1.6 million people remain displaced, among them nearly 300,000 from Mosul alone, according to the International Organization for Migration.

They are spread out across a handful of displacement camps in the broader Nineveh province that have developed into fully-fledged tent cities.

Amenities provided by NGOs include schools and training centres, health clinics and shops, football fields and hair salons -- all mostly unavailable in Mosul and other towns ravaged by IS and the ensuing fighting.

'My house was unlivable'

Ghazwan Hussein, 26, hails from Sinjar, a region west of Mosul that was overrun by IS five years ago as it waged a brutal campaign against the district's Yazidi minority.

The father of four fled the region to the Khazer camp, where he eked out a living until his son fell ill a few months ago.

He sold his meagre belongings in the camp to afford the required surgery and tried to return to Sinjar.

"I found that my house was unliveable. It was demolished and the area didn't have basic services," said Hussein, his toddler perched quietly on his lap outside their tent.

"I couldn't stay and came back to Khazer once again."

Only a sliver of Sinjar's native population of 500,000 Yazidis has returned, with the rest saying persistent destruction, the lack of services and the tense security situation have kept them in camps.

"Does it make sense to keep us in the camp without work for three years, as if in jail?" he asked.

"We just eat, sleep, and live on food baskets without any hope the situation will improve so we can go home."

Mosul's migration office said up to 25 families a day are leaving their destroyed homes to return to displacement camps to access better services.

"For the past 18 months, we have also seen 'reverse migration' back to the camps or to the Kurdish region," said office head Khaled Ismail.

"The reasons for reverse displacement are varied according to the regions: it might be tied to the security situation, the family's financial conditions or the fact that their destroyed homes are unsuitable for living." 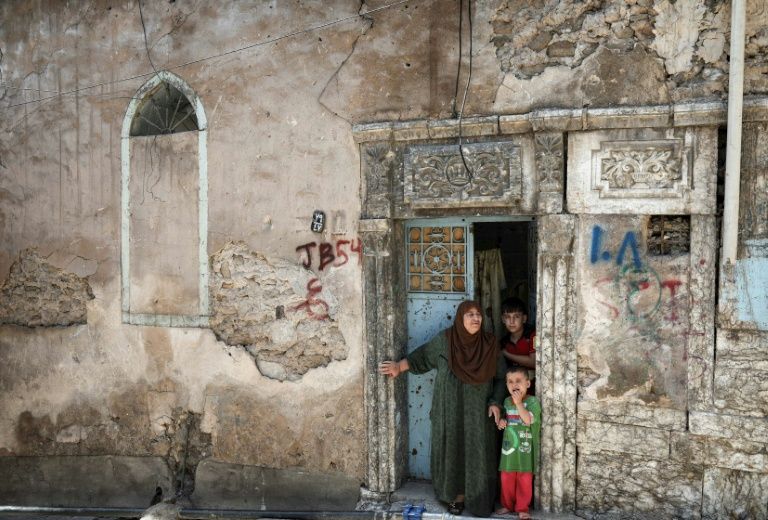 Sabiha Jassem, 61, stands in the doorway of her home in west Mosul.

According to the migration office, about 72,000 families have returned to Nineveh since the fighting against IS ended two years ago.

Many are returning to the eastern side of Mosul, which was left more intact when fighting ended and where returning residents find restaurants and shops reopening.

But across the Tigris River in the Old City, mountains of rubble still seal off many streets and unexploded ordnance, rocket remnants, and even decomposing bodies lie under ruined homes.

For the most desperate families, those ruins will have to do.

IOM says nearly 30,000 returnees in Mosul are living in vulnerable conditions including destroyed homes, schools and other public buildings -- the highest number of any location in Iraq.

Shaking from a medical condition, Sabiha Jassem made her way through her tiny home, the grimy walls dotted with bullet holes and flies.

She and her children could not afford to pay rent in east Mosul and returned to their home in the ravaged Old City.

"This house is a danger to us –- its roof and walls could collapse. But we're poor and have no other solution but to live in it," said Jassem, 61.

"This is not a life we are living here."