HELSINKI, Feb. 8 (Xinhua) -- Finland's basic income probe did not increase the employment level of the recipients during 2017, the first year of a two-year test, initial results showed on Friday. 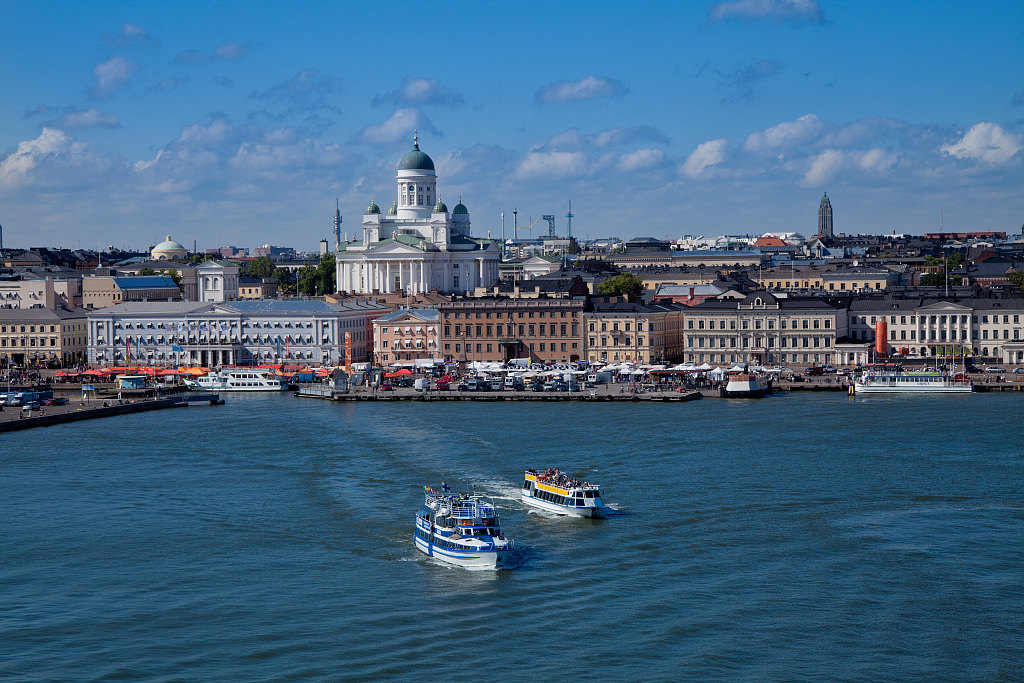 However, the receivers of basic income experienced better well being, according to the initial results published in a nationally televised press conference.

This was the first official conclusion from the two-year test that gave 2,000 randomly selected unemployed 560 euros (635 US dollars) per month.

They were allowed to keep it, even if accepting employment. It turned out that the basic income recipients worked on 49 days on average, and only less than a half a day more than the selected comparison group.

The results showed 44 percent of the recipients worked, but the figure is only one percent more than that of those in the comparison group.

The annual salary income on top of the basic income pay was on average 4,230 euros, while the comparison group people earned 21 euros more.

In the test, 55 percent of the recipients said they "felt well or very well", while in the comparison group that did not get the basic income only 46 percent did.

Minna Ylikanno, the leading researcher at the Finnish National Welfare Agency, said that those who received basic income also had a better trust in their future and in their abilities to have an influence on society.

Olli Kangas, professor of working life at the Turku University, said that what has now been found out is not "the whole truth." "It is much more complex and more research will be needed," he said.

Kangas is the research director of the test. He was earlier employed at the National Welfare Agency and was one of the masterminds in planning the Finnish test.

Pirkko Mattila, Finnish minister for social affairs and health, said on Friday that the results will be used for the planned overhaul of the Finnish social security system.

She said that the test was very successful, even though she did not consider it likely that the formula would ever be used as such on a wider basis.

The majority of Finnish political parties in the current parliament do not support basic income as defined for the test.

Of the major political parties, the conservative National Coalition and the social democratic SDP do not support. The Greens would like to see basic income as part of the FInnish social security reform. The current leading party the Center has said that it supports basic income, but its vistas include application and requirements for the recipients, not considered as part of a basic income solution.

In Finland, the relative high unemployment benefits have reduced the willingness of unemployed to accept work. After the tax, employment may give only a marginal increase in the monthly income, while free time is lost.

A higher income would also lead to the loss of public housing subsidies. The phenomenon has been defined in Finland as the "social security trap".

The Finnish test was carried out on the basis of a public law enacted for the test. The recipients could not refuse attending. The final results will be completed by 2020. The Finnish income and tax data bases are being used for the analyses.