Finland's government has withdrawn draft legislation aimed at restricting movements in parts of the country to curb virus spread after concerns about its legality, and is now considering its options, the prime minister said. 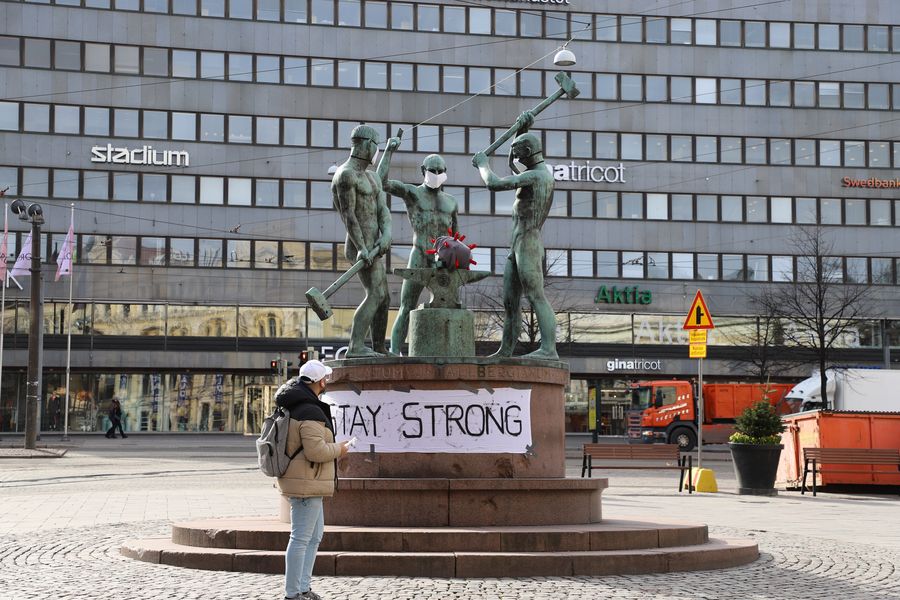 A citizen stops at the famous city sculpture "Three Smiths" which has been put on facial masks, in Helsinki, Finland, March 31, 2020. (Photo: Xinhua)

"We are going to evaluate whether it is possible to draft this kind of a legislative proposal, and how long it will take," Prime Minister Sanna Marin said late Wednesday after a cabinet meeting.

A constitutional committee made up of lawmakers had earlier warned that the bill violated Finland's constitution, saying the temporary restrictions on freedom of movement were not proportional.

Under the government's proposal, presented on March 24, residents of the capital Helsinki and the southwestern town of Turku would only be allowed to leave their homes for essential needs, such as travelling to and from school or work, or to buy groceries or go to the bank.

The Nordic country of 5.5 million has one of Europe's lowest incidence rates of Covid-19, believed to in part be down to Finland's low population density and Finns' adherence to official anti-virus and distancing guidelines, which so far have been recommendations rather than law.

But its incidence rate has been rising in recent weeks, prompting the government to introduce tougher restrictions, followed by the partial lockdown bill.

The country has registered just over 4,000 cases and 17 deaths in recent days according to the WHO.