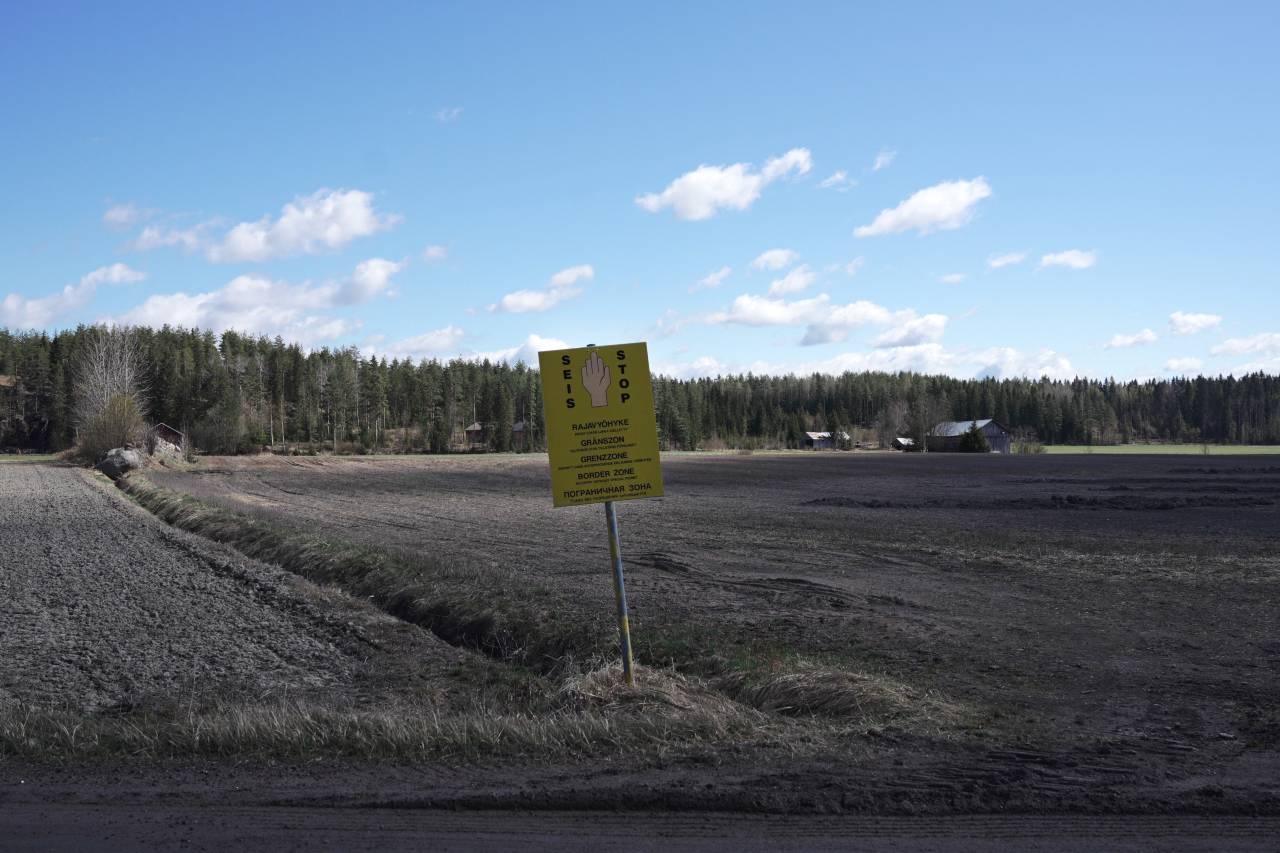 A sign reads 'Stop, border area', in a field in the countryside of Imatra on Finland's eastern border. (Photo: CGTN)

HELSINKI, Oct. 27 (Xinhua)-- The government of Finland has earmarked six million euros (5.98 million U.S. dollars) for the construction of a three-km pilot section of a fence on the country's border with Russia, it said in a press release on Thursday.

The section will test the method of construction, the functionality of the planned solutions, and the implementation of border control during construction, and will create practices for cooperation with landowners, said the government.

Interior Minister Krista Mikkonen said in the press release that the Border Guard plans to begin construction next year based on the experiences gained in the pilot.

At the end of September, the Finnish Border Guard suggested that a fence should be built to prevent unauthorized crossings from Russia. The proposed fence will be between 130 and 260 km long along the country's 1,300-km border with Russia.