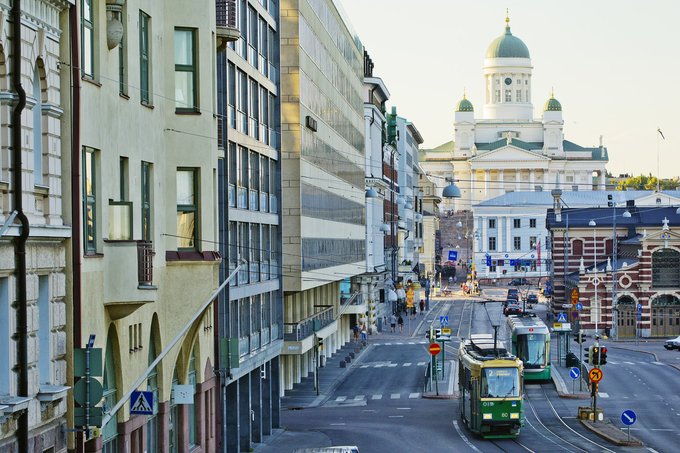 HELSINKI, March. 25 (Xinhua) -- The Finnish government on Wednesday officially announced the plan to block its Uusimaa region which includes the capital area to prevent the further spread of COVID-19.

The Uusimaa region is currently epidemic centre of COVID-19 in Finland,  according to Finnish National Institute for Health and Welfare (THL). As of Wednesday, 561 of the 880 confirmed cases were in Uusimaa.

Prime Minister Sanna Marin gave details of the planned blockade at a press conference late Wednesday night. She said that the blockade could start earliest on March 27, but depends on the parliamentary process. The cabinet has already submitted the respective decrees on Wednesday.

Commuting to jobs will be allowed, as well as necessary travel for family affairs, but others like leisure travel in and out of Uusimaa region will not be permitted.  Interior Minister Maria Ohisalo said at the press conference that the police would supervise.

Krista Kiuru, Minister of Family affairs and Social Services, said the epidemic has been fast in Uusimaa, and that with the restrictions, the same rate of spread will not be repeated in the rest of the country.

Marin on Wednesday also appealed to the restaurant industry in Finland  to close voluntarily as the legislation to enforce the closing was delayed. Parliamentary committees on Wednesday asked the cabinet to submit further details making a mandatory closing from this Saturday possible. Marin has earlier described the Finnish legislative process as stiff.

THL said on Wednesday that the number of confirmed novel coronavirus cases in Finland had risen to 880. As of Wednesday, Finland had carried out around 13,000 tests. Two people have died in Finland from the virus in the last 24 hours, according to THL