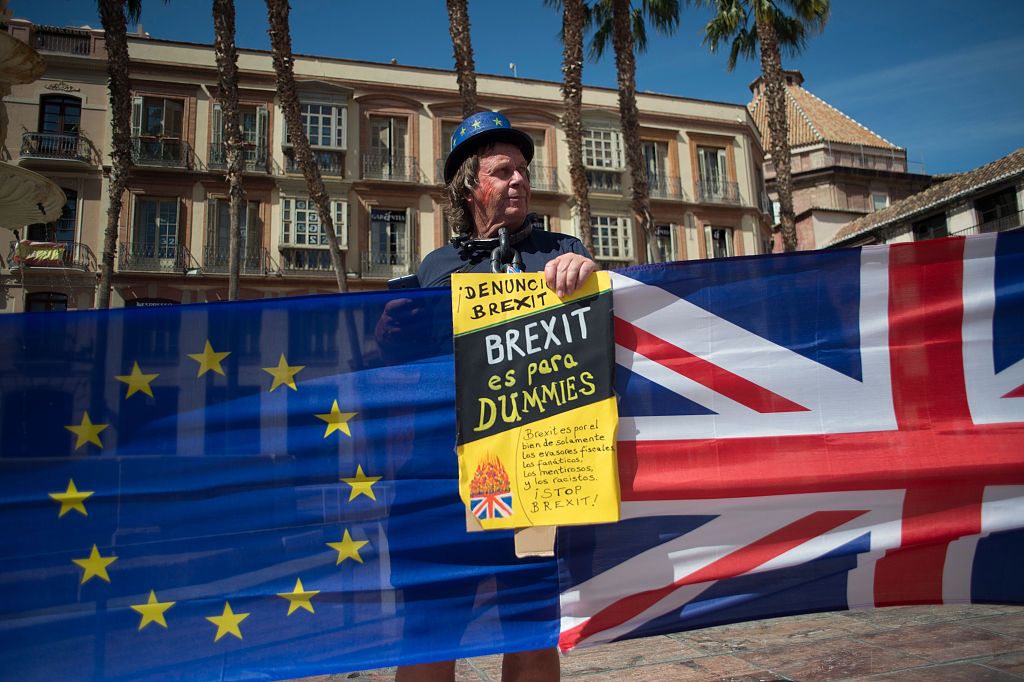 A man holds an European Union and British flags during a protest against Brexit in Malaga on September 22, 2019. (VCG)

Talking to Finnish journalists in Brussels, Rinne said that the EU countries are prepared to negotiate, but in "such a way that the position of Ireland must not be disadvantaged in comparison with the agreement on Brexit already negotiated."

Britain has not yet given the "expected, concrete suggestions," the prime minister said.

Rinne said it is sensible to grant a three-month Brexit extension if a request from Britain comes. Talking to national broadcaster Yle, Rinne said the EU is not likely to unilaterally grant an extension without a British request.

Rinne said he wondered though if an extension "will be of any avail," saying the political situation in Britain raises concern.

Rinne also commented on his joint initiative last week with French President Emmanuel Macron that London should give its ideas no later than Sept. 30.

As the prime minister of the presidency country of the Council of the EU, Rinne said he is allowed to carry out discussion aimed at achieving an outcome that would be smart for the Finns and all Europeans.

There has been criticism among Finnish opposition parties about Rinne's actions about Brexit talks.

Finland took over the six-month rotating presidency of the Council of the EU in early July.