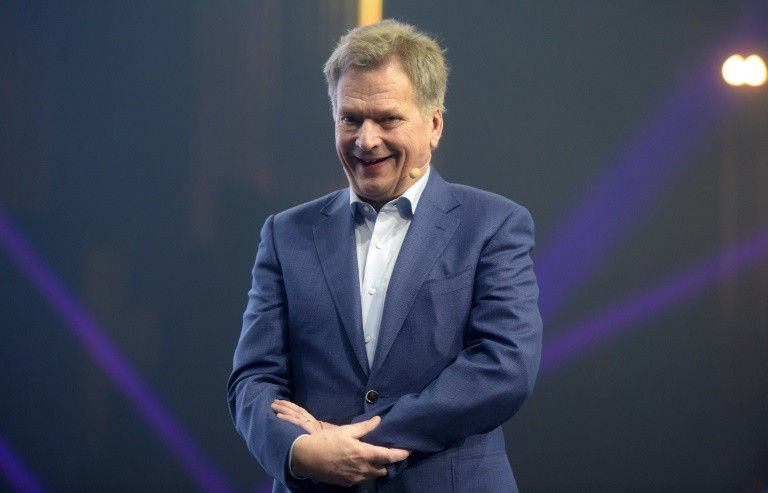 Finland's pragmatic president Sauli Niinisto, whose skills at staving off tensions with the Nordic nation's powerful neighbour Russia has earned him popularity among voters, is poised to win another six-year term on Sunday.

The 69-year-old, who campaigned as an independent, has skilfully shifted the EU member state closer to NATO without antagonising Russia, with whom the Nordic nation shares the longest border in the bloc.

During his first term, Niinisto diligently cultivated ties with Russian President Vladimir Putin, who has been at odds with the West, particularly since Russia's 2014 annexation of Crimea.

"Niinisto is a safe choice given the situation the world is in," Raija Palmu, a retired 62-year-old in Helsinki, said about Finland's most popular president in more than three decades.

Finns "need a reliable power broker" to address "their worries in terms of their geopolitical position", Tom Moring, a political analyst, added.

In order to avoid a second round on February 11, Niinisto needs at least 50 percent of votes to win Sunday's first round.

If he succeeds, it would be a first since Finland introduced a two-round presidential election by popular vote in 1994.

Credited with 51 to 63 percent of votes according to the latest opinion polls, Niinisto is far ahead of the seven other candidates. His main rival, Pekka Haavisto of the Green party, is seen garnering around 13-14 percent.

Polling stations opened at 0700 GMT, and were set to close at 1800 GMT as Finns braved snow showers across the nation.

Niinisto has used his responsibility for defence and foreign policy as head of state to foster a balanced relationship with Putin.

The two leaders played an ice hockey match in 2012 and attended an opera together last year as part of Finland's 100th anniversary of independence after the fall of the Tsarist Russian empire.

"Niinisto's strategies and tactics have been rather successful, especially handling Putin," said Juhana Aunesluoma, research director at the University of Helsinki Network for European studies.

Finland, a Russian Grand Duchy from 1809 to 1917, has forged increasingly close ties with the United States and NATO, of which it is not a member -- unlike the Baltic states to the south.

Russia has repeatedly warned Sweden and Finland against joining NATO, an issue regularly debated in the two Nordic countries, perceiving it as a provocation or even a justification for war.

"One of the central goals of Finland's foreign and security policy is to avoid getting pulled into an armed conflict," Niinisto told Finnish defence forces in a speech earlier this month.

Russian military activity in the region has increased in recent years, including several violations of Finnish airspace and warplanes allegedly flying with switched-off transponders -- devices that allow radars to identify aircraft.

Finnish and Russian defence officials announced last year that they would set up a 24-hour hotline to avoid any "misunderstandings". 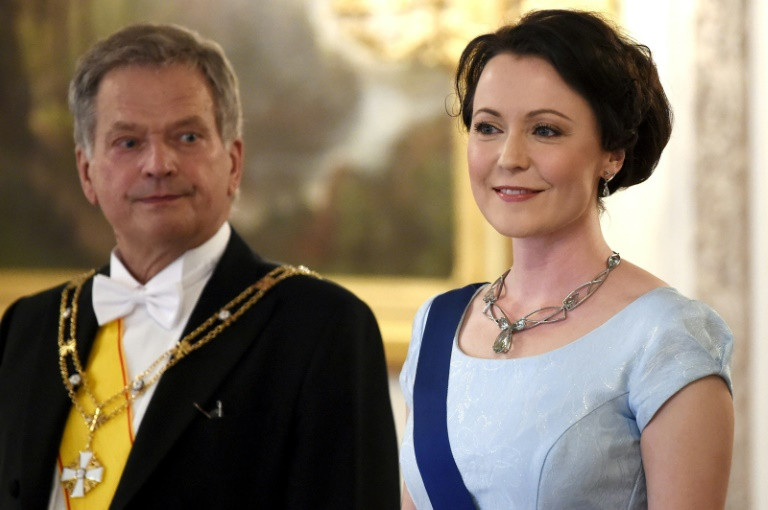 Born into a working-class family in the southwestern Finnish town of Salo in August 1948, Niinisto -- the youngest of four children -- became a lawyer before entering politics as a member of the conservative National Coalition Party.

An advocate of budgetary discipline, Niinisto helped pull Finland out of a deep recession in the 1990s and into the eurozone.

Highly-publicised relationships and a life scarred by tragedy have shown Finns a more personal side of Niinisto.

The father of two sons lost his first wife in a car accident in 1995 and narrowly survived the 2004 tsunami in Thailand by climbing a tree with his youngest child.

Following a high-profile affair with a former beauty queen-turned-MP, the couple got engaged in 2003 but broke up the following year.

He married his second wife, the Finnish poet Jenni Haukio -- 29 years his junior -- in 2009. The couple announced in October they were expecting a child in February, hitting a soft spot among voters.