Finns to vote on how best to save their welfare state 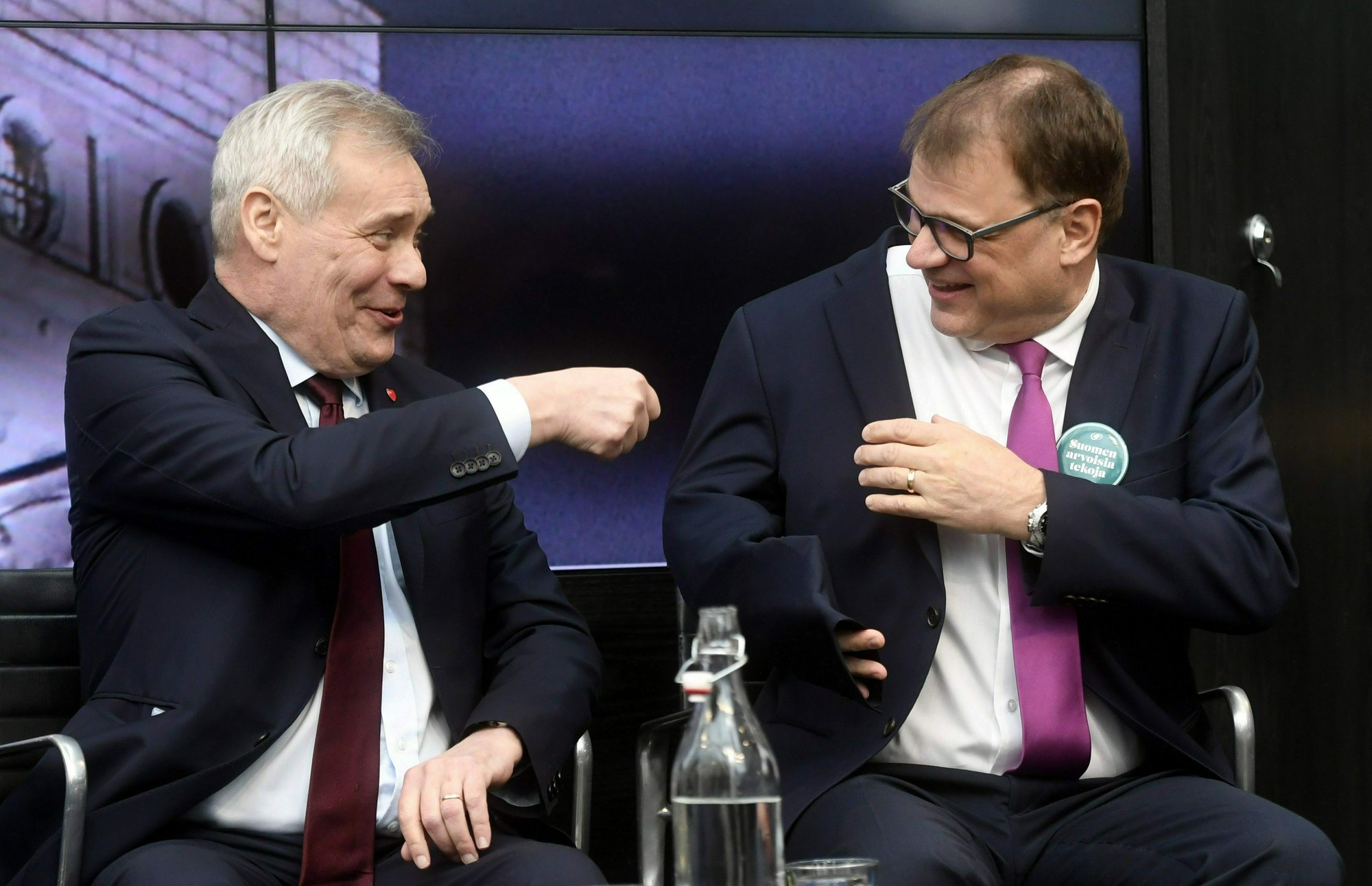 Finns will be voting Sunday in a parliamentary election shaped by debates on how best to preserve their generous welfare model despite having one of the world’s most rapidly aging populations.

And in this Nordic nation, which has one-third of its territory above the Arctic Circle, anxieties over climate change are emerging more than ever.

In many respects, the choices facing Finland’s 4.5 million eligible voters reflect trends seen across Europe: a populist anti-immigrant, euroskeptic party is rising in opinion polls, while traditional political parties have lost ground. In Finland, the nationalist Finns Party is polling in second place.

But in an exception to that trend, Finland’s center-left Social Democratic Party tops a recent poll with 19% support. It would still need to find coalition partners if it ended up trying to form the next government.

Led by Antti Rinne, a former finance minister, the Social Democrats plan to raise taxes and increase spending to preserve a welfare system that is under huge strains. The party has also vowed to continue the country’s pro-European Union policies.

The outgoing center-right government led by Prime Minister Juha Sipila, leader of the Center Party and a former technology executive, pushed through an austerity package after winning in 2015. That helped Finland return to growth and improve public finances after a three-year recession.

Sipila and his Cabinet resigned in March, a month early, after failing to push through a major social and health reform package.

With its low birth rate and quickly aging population, Finland’s key challenge now is finding ways to preserve the social system that has for years topped global quality-of-life and happiness rankings and created a world-renowned education system.

Voters will be choosing among 19 parties to fill 200 seats in Parliament. In all, five parties are polling at over 12% support, including the conservative National Coalition Party, the nationalist Finns Party, Sipila’s Center Party and the Greens.

The Finns Party, formerly known as the True Finns, was in opposition for its first 20 years but won nearly 18% support in 2015 and was part of the government coalition until 2017, when a faction defected.

Despite the split, the party has surged in recent opinion polls under its soft-spoken leader, Jussi Halla-aho. An April 11 poll by Finnish public broadcaster YLE showed it emerging as the second-largest party with over 16% support. The poll gave a margin of error of plus or minus 2.3 percentage points.

In 2015, the Finns Party campaigned on a strongly anti-EU stance. This time it has broadened its appeal to those who reject the sacrifices others are calling for to combat climate change.

Finland is boosting its nuclear energy production by launching a new plant next year and lawmakers last month voted to completely phase out burning coal by 2029. There have been calls for other climate actions too, such as boosting the number of electric vehicles, cutting meat consumption through taxes or switching to more vegetarian food in schools and other public institutions.

“There’s been a lot of talk about climate change with this election and (the Finns Party) has succeeded in attracting those voters not interested in that issue,” said Antti Ronkainen, a political analyst at the University of Helsinki.

Maria Stenroos, a political correspondent for YLE, said some voters don’t want to feel responsible for “taking care of all the problems of the world.”

“They need their cars, they want to eat their sausages, and the Finns Party allows them to continue their (way of) living when the other parties are making them feel guilty,” she said.

In the past, the Finns Party has also said that young Finnish women should be encouraged not to study but to have babies instead to solve the country’s looming demographic crisis.

Ruth Robinson, who voted early in Helsinki this week, is critical of the Finns and sees their popularity as part of a larger European trend.

“Finland is a large country, and there are forests and lakes and you never know what’s there inside those areas,” Robinson said. “So it’s coming up, everywhere, that (populist) phenomenon.”