WORLD Fire at hospital in Brazil kills 11 people, many elderly

Fire at hospital in Brazil kills 11 people, many elderly

A fire raced through a hospital in Rio de Janeiro, forcing staff to wheel patients into the streets on stretchers or in wheelchairs and killing at least 11 people, many of them elderly. 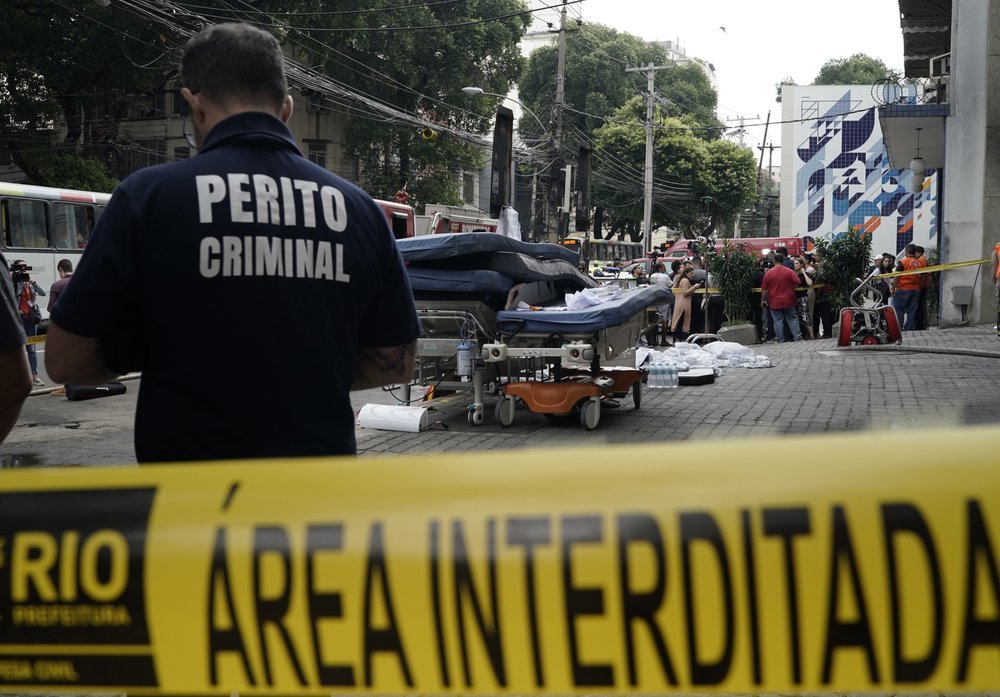 An investigator stand at the entrance of the Badim Hospital, where a fire left at least 11 people dead, in Rio de Janeiro, Brazil, Friday, Sept. 13, 2019. (AP Photo/Leo Correa)

Four firefighters were hospitalized after battling the overnight blaze at Badim Hospital and about 90 patients were transferred to other hospitals, the fire department said. A rope made from bedsheets and used in an attempt to escape the fire still hung from an upper floor window of the hospital Friday. 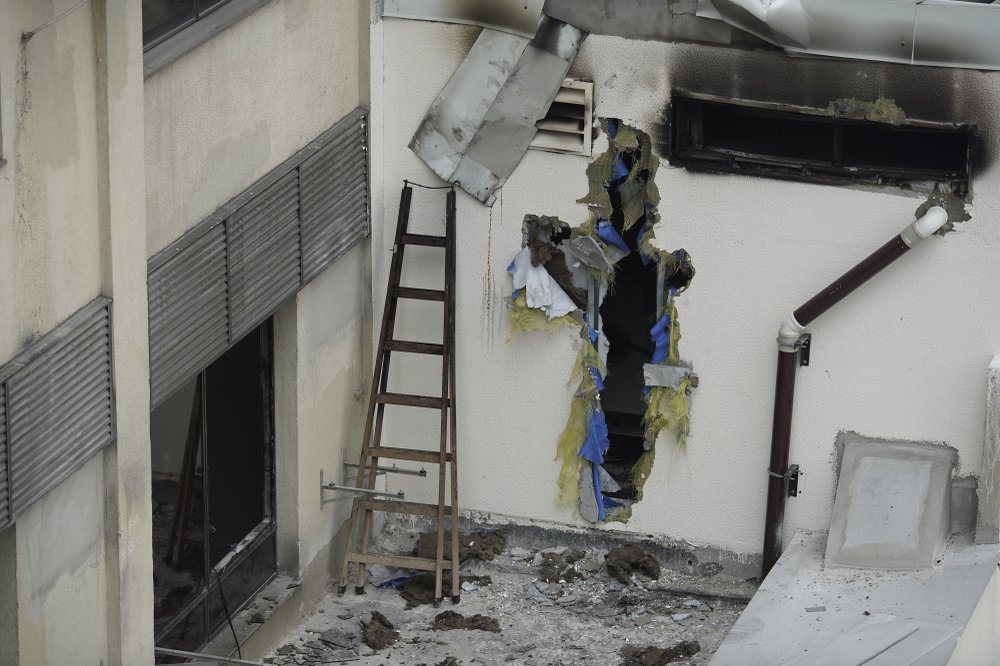 A hole is seen on an outside wall of the Badim Hospital, where a fire left at least 11 people dead, in Rio de Janeiro, Brazil, Friday, Sept. 13, 2019. (AP Photo/Leo Correa)

Most victims died of asphyxiation as smoke filled the wards, and some died when life support equipment stopped working in the fire, said Gabriela Graça, director of the state Institute of Forensic Medicine.

Carlos Outerelo was visiting his sick mother when the fire started Thursday night. The 90-year-old woman, Berta Gonçalves Berreiros Sousa, was among the dead.

“They said to stay closed off in the rooms so the smoke couldn’t get in, and that it was under control. But in reality, it wasn’t under control,” Outerelo said outside the morgue where his mother’s body was taken.

“The smoke started coming from the air conditioning ducts and it turned black and became hard to see,” he said. “It was horrible.”

When firefighters arrived, they evacuated people but it was more difficult to move patients who were hooked up to medical equipment, according to reports.

Camila Donato, a police spokeswoman, said police were cleared by firefighters to enter the hospital Friday morning and had begun investigating the case.

As the fire burned, medical workers in surgical masks rolled equipment in the road as smoke billowed from the building. Television images showed staff tending to patients sitting in wheelchairs with IV poles beside them in the street, some on sheets and mattresses.

A woman carried an oxygen tank. One patient was moved into the street in a regular hospital bed.

Intensive care patients were among those rescued.

In the chaos, distraught relatives tried to track down patients, unsure of whether they had perished in the fire or had been transferred to another medical facility.

Authorities released a list of names of 10 of the dead, some in their 80s and 90s.

Marcelo Crivella, the mayor of Rio de Janeiro, said a total of 11 people died. He declared an official mourning period of three days.

A social worker and other Badim Hospital staff are assisting relatives of patients, the hospital said Friday.

The hospital is in a middle-income neighborhood and a short walk from Maracana stadium, which was used for World Cup soccer matches, the 2016 Rio Olympics and also Copa America soccer fixtures this year.

Badim Hospital is part of a chain of private hospitals in Brazil operated by the D*Or São Luiz network. Brazilian President Jair Bolsonaro is currently in the care of the same group at another of its hospitals in Sao Paulo, where he is recovering from a surgery related to a stabbing last year.

The website of the Badim Hospital says its 2018 renovation includes “state-of-the-art infrastructure” and is geared to provide “luxury” treatment. The hospital “aims to guarantee the comfort and hospitality necessary in this delicate moment of the patient’s life,” the website says.