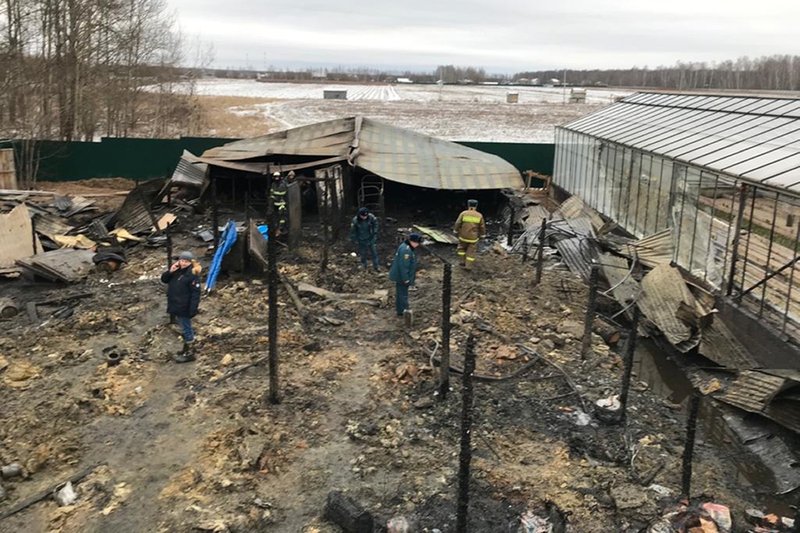 A fire at a greenhouse farm in a Moscow suburb killed eight people and injured one on Tuesday morning, Russian emergency services said.

All eight victims — seven men and one woman — were illegal migrants from Vietnam who worked at the farm, officials said. Russia’s Emergency Ministry initially identified the victims as Tajiks.

The fire broke out in one of the metal construction trailers where workers lived. Local firefighters battled the blaze for an hour. It wasn’t immediately clear what caused it.

The number of deadly fires traditionally grows in Russia during the New Year holidays on the first week of January. The country’s emergency services usually attribute the trend to elaborate celebrations that often include use of fireworks and an increase in alcohol consumption.

In October, 39 Vietnamese nationals were found dead in a refrigerated container truck in England. Police in Vietnam arrested 11 people on charges of human trafficking and said the victims may have been smuggled into Europe through Russia.

Up to 120,000 Vietnamese nationals were working in the Soviet Union when it collapsed in 1991. Currently, officials estimate there may be up to 50,000 Vietnamese migrants in Russia.