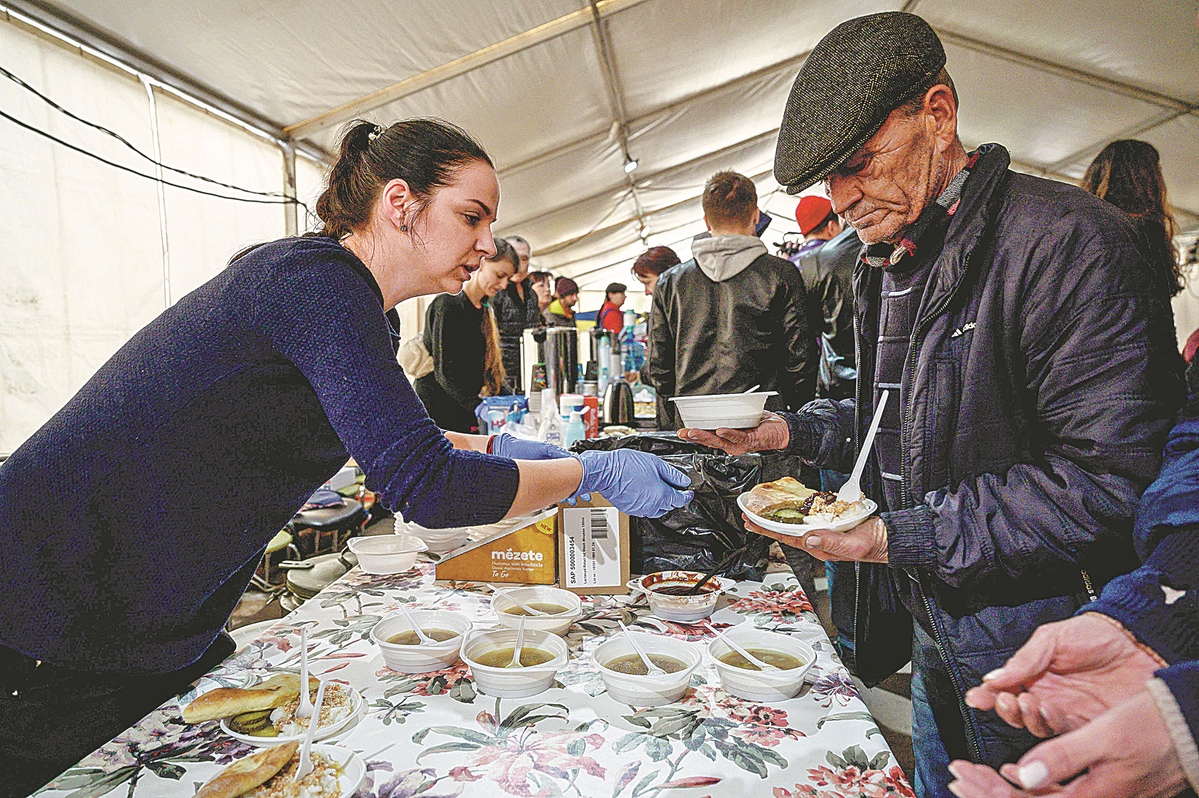 People are welcomed on Thursday at a registration center in Zaporizhzhia for internally displaced people after fleeing the southern city of Mariupol. They arrived in a small convoy after the opening of a humanitarian corridor. (Photo: Agencies)

A fire engulfed a Russian military research institute involved in developing air defense systems and killed seven people, local officials said of the blaze that broke out in the facility northwest of Moscow on Thursday.

Russian television showed thick black smoke rising from the yellow four-story building that houses the Central Research Institute of the Russian Air and Space Forces in the city of Tver, about 160 kilometers from the capital.

Initial reports said regional military prosecutors were investigating the cause of the blaze. TASS said early findings pointed to aging wiring as a contributing factor.

The Defense Ministry said the institute focuses on research related to Russian air and space defense, as well as the development of anti-aircraft systems.

The incident was followed hours later by unconfirmed reports of a fire at one of Russia's largest chemical plants.

Images on social media purported to show a large fire at the Dmitrievsky chemical plant in Kinsehma, about 400 km northeast of Moscow.

They showed smoke rising from the facility, which describes itself on its website as the largest producer of butyl acetate and industrial solvents in Russia and Eastern Europe.

There was no official cause given for either of the fires.

Independent media reported on Thursday that as many as five Russian military enlistment offices have been set on fire since the start of the country's special military operation in Ukraine.

President Vladimir Putin hailed the "liberation" of Mariupol early on Thursday and ordered that the remaining Ukrainian forces be blockaded inside a steel plant where they had mounted a last stand.

However, Ukrainian President Volodymyr Zelensky said on Friday that Mariupol was continuing to "resist" as the battle went on.

Ukrainian officials have appealed for an immediate humanitarian corridor to allow civilians and wounded fighters to leave the sprawling Azovstal steel plant.

Zelensky said Russia had rejected a proposed truce over the Orthodox Christian Easter holiday this weekend. He also accused Russia of laying the groundwork for a referendum to cement its control of areas in eastern Ukraine.

Russian Ambassador to the US Anatoly Antonov said the military operation in Ukraine is still aimed at the demilitarization and denazification of the country, and Moscow will ensure that the country has a nonnuclear and neutral status.

The move is in response to the anti-Russian sanctions imposed by the administration of US President Joe Biden, the ministry said.

It also said the "stop list" would be expanded in the near future, in response to the hostile actions carried out by the United States and Canada.