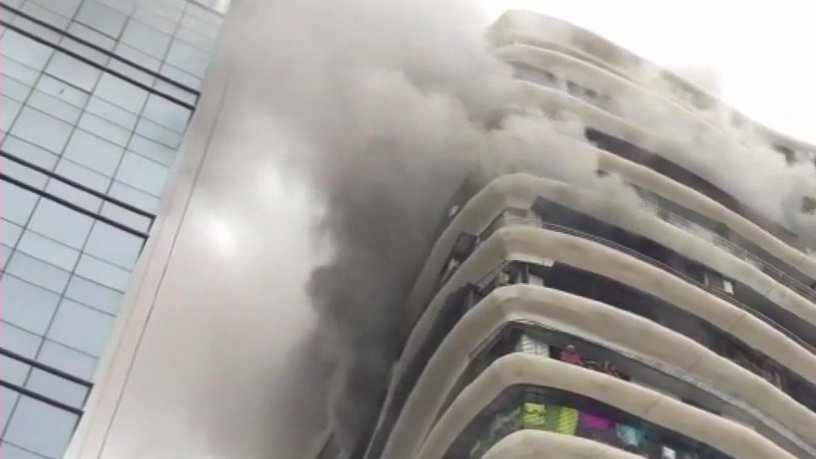 A massive fire broke out at in a high-rise residential building in India's financial capital Mumbai on Wednesday morning, trapping several people on the top floor of the building, according to local media.

Local ANI News says no casualties have been reported and at least 20 firefighters are at the scene.

The fire reportedly started on 12th floor of the Crystal Tower in Parel, Mumbai. The cause of the fire is currently unknown.