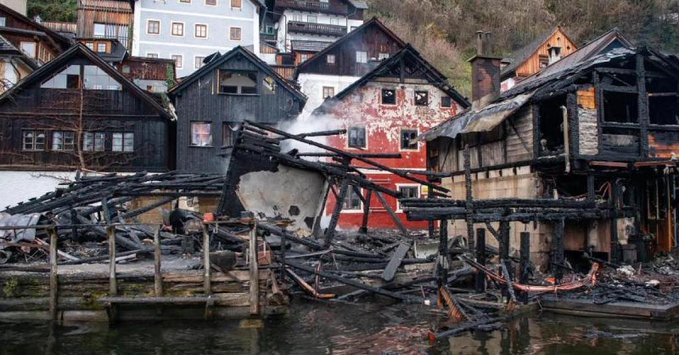 The fire is said to have spread from a wooden hut on the lake shore to other huts and finally to two buildings across the street from Seestraße. Since the town center consists mostly of old wooden houses, the danger of fire spreading is especially great.

Eight fire brigades with 109 men were deployed to handle the fire, which is now under control, according to local media.

The residents of the houses are unhurt, reported Austrian broadcaster ORF. However, a firefighter who might have fallen from the roof of a house was seriously injured. The only street in the village is still closed following the fire, said local police.

A salt-mining town dating back to the late Bronze Age, and a UNESCO World Heritage site since 1997, Hallstatt has become especially popular among travellers from Asia because of a 2006 South Korean TV series, Spring Waltz, that was partially shot in the idyllic village.