WORLD Fire east of Athens under control; some homes damaged

Fire east of Athens under control; some homes damaged

A big fire that spread quickly overnight in an eastern suburb of Athens appeared to be under control soon after dawn Monday. 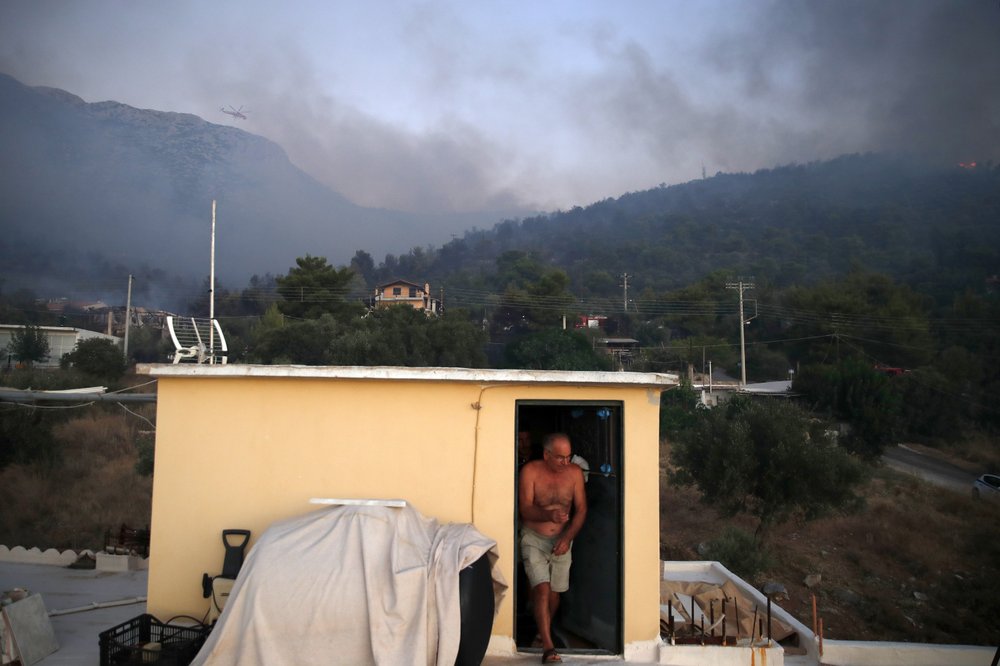 A local resident walks out of the rooftop of his house during a wildfire in Peania, eastern Athens, Monday, Aug. 12, 2019. (Photo: AP)

The fire had raced up the slopes of 1,026-meter (3,366 feet) Mount Hymettus, which separates suburban Peania from the main city. Flames shooting up the mountain on what was a pretty extensive front could be seen from Athens early Monday morning. Alarm lights were flashing at the flat mountaintop, occupied by an army communications base and transmission antennas for Greece's main TV stations.

Firefighting vehicles were also seen rushing up the road to the mountaintop.

At least 141 firefighters with 46 vehicles were fighting the fire and eight specialized helicopters joined them at the break of dawn, authorities say.

A spokesman for the fire service, speaking on condition of anonymity, said the fire started among local houses and the fire brigade had not received any calls about houses on fire. He added that a survey of the damage would come after the fire had been put out. Eyewitnesses saw one house extensively damaged.

The spokesman said there was no information on how many people fled. Because the fire broke out in the middle of the night, authorities asked people to ring doorbells to alert their neighbors.

Authorities have warned of a high likelihood of wildfires across large parts of Greece through Tuesday due to high temperatures and windy conditions.