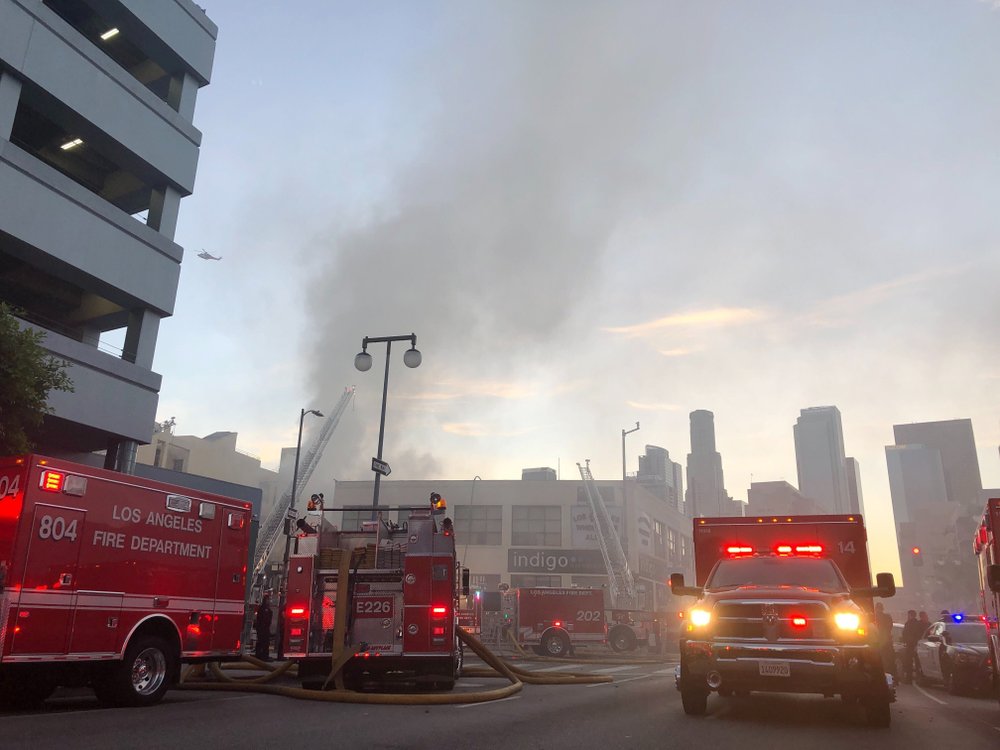 Firefighters respond to an explosion in downtown Los Angeles that has injured multiple firefighters and caused a fire that spread to several buildings, Saturday, May 16, 2020, in Los Angeles. (Photo: AP)

An explosion in downtown Los Angeles injured 10 firefighters Saturday, and more than 200 others rushed to the scene as the flames spread to several buildings. 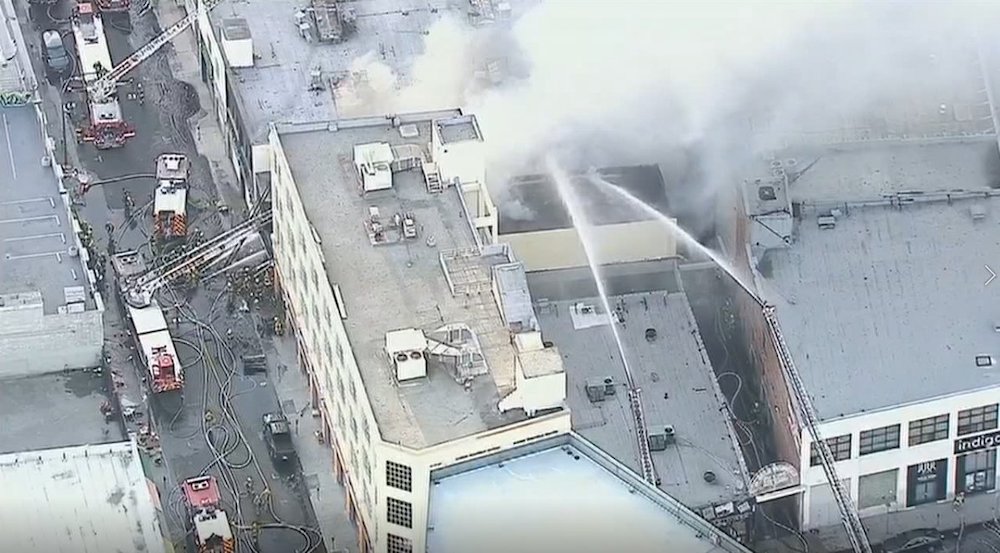 The condition of the injured was not immediately known. News helicopters showed dozens of fire trucks at the scene. As firefighters aimed hoses at the long-slung building in the city’s Toy District where the explosion occurred, others could be seen standing next to gurneys that had been readied for the injured.

“”My thoughts are with our brave @LAFD firefighters,” Los Angeles Mayor Eric Garcetti tweeted. “Closely tracking this situation as we continue to get more information.”

Firefighters were initially called to 327 East Boyd St. around 6:30 p.m. for a report of a fire at a one-story commercial building. Los Angeles Fire Department spokesman Nicholas Prange said the firefighters entered the building, and there was nothing unusual until the explosion occurred.

The department issued a “mayday” call and characterized the incident as a “major emergency.” By about 7:15 p.m. the fire appeared largely under control.

It was not immediately known what was in the building or what caused the explosion. A business next door is a wholesaler for smoke and vape shops.