TEHRAN, March 16 (Xinhua) -- At least three people were killed and 1,030 others injured during the celebrations of Chaharshanbe Suri, or Fire Festival, in Iran on Tuesday, Iranian Student News Agency reported, citing the head of the country's Emergency Organization. 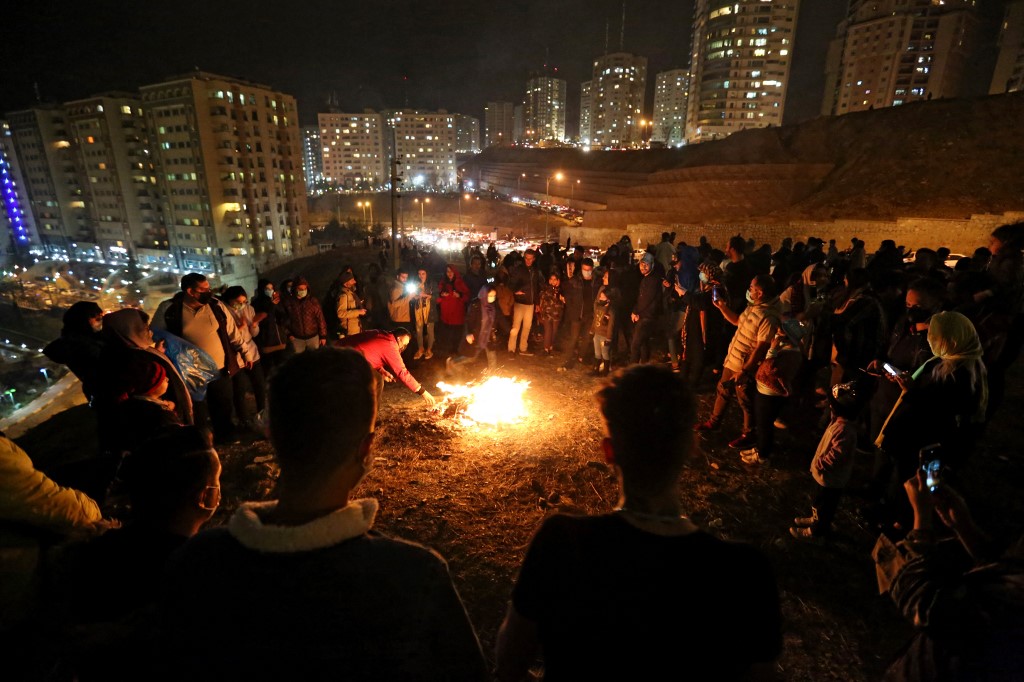 Iranian families light fire outside their houses in Tehran on March 16, 2021 during the Wednesday Fire feast, or Chaharshanbeh Soori, held annually on the last Wednesday eve before the Spring holiday of Noruz. (Photo: AFP)

A total of 80 people were amputated for severe injuries and 342 others injured in their eyes in the celebrations, said Pir Hossein Kolivand.

The celebrations were held despite the fact that the authorities had demanded public gatherings be avoided over the spread of COVID-19.

Fire Festival is celebrated annually by Iranians on the eve of last Wednesday before Nowruz, the Iranian new year, which begins on March 21 this year.