A large fire broke out Sunday on the Greek island of Evia near Athens, the government said, with two villages evacuated, less than a month after over 90 people died in Greece's worst-ever wildfire. 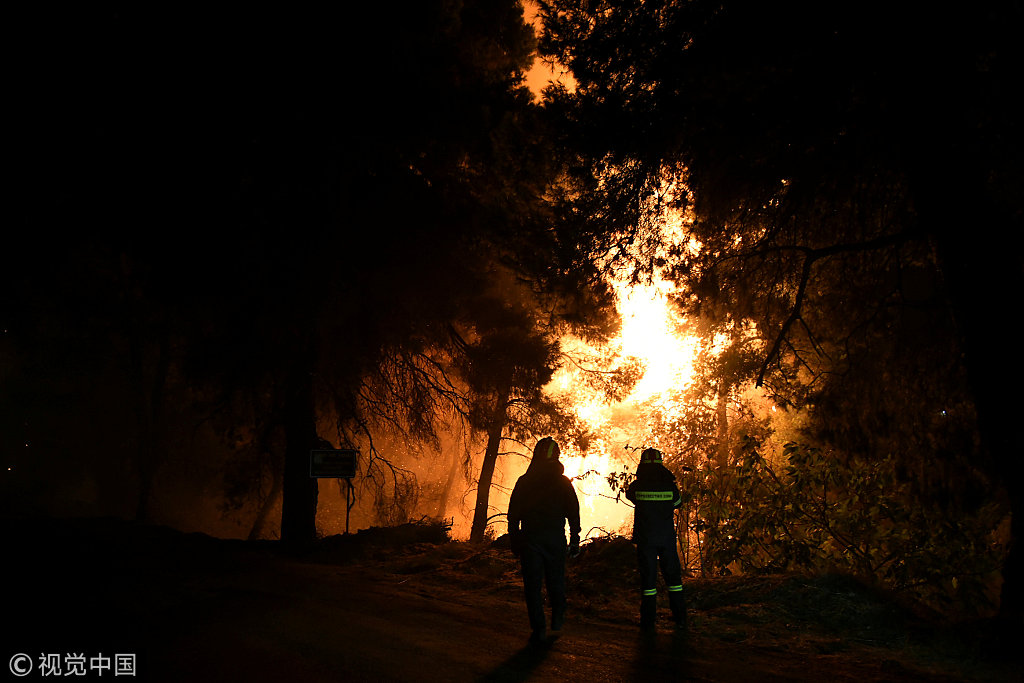 Firefighters looks at rising flames during a wildfire near the village of Psahna, in Evia, Greece, August 12, 2018. (Photo: VCG)

"The prime minister is in close contact with the interior minister over the large fire in Evia," Prime Minister Alexis Tsipras' office said.

Agriculture minister Vangelis Apostolou, who is on the scene, told state agency ANA that fire-fighting forces were bracing for an all-night struggle.

"Forces from the entire region have been transfered here," Apostolou said. 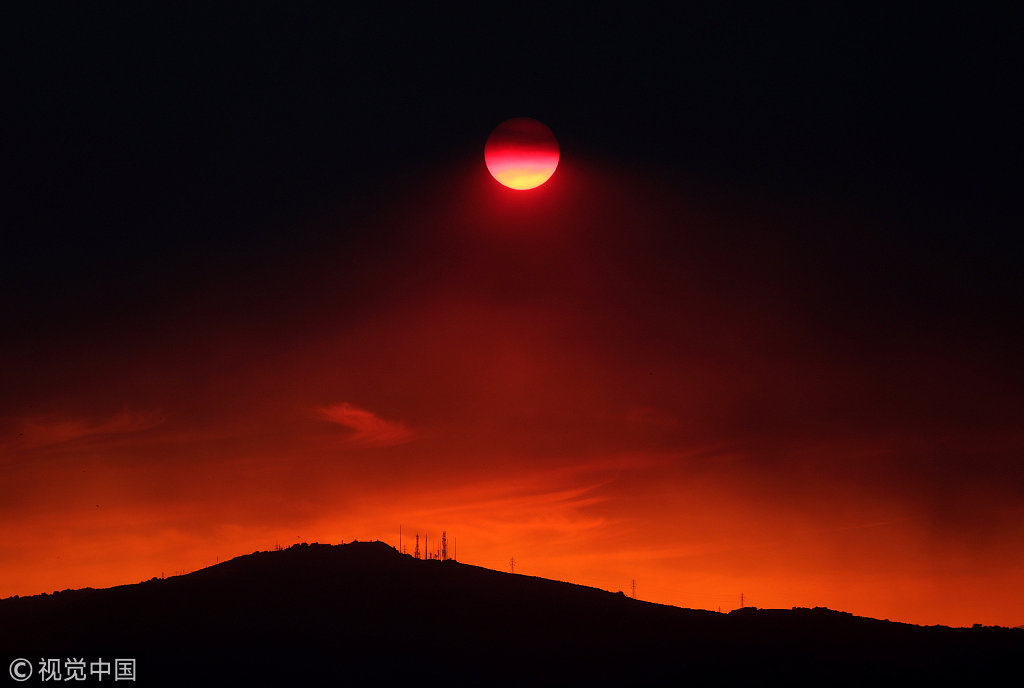 The sun sets under a cloud of smoke caused by a wildfire fanned by strong winds on the island of Evia, in Athens, Greece, August 12, 2018. (Photo: VCG)

Some 500 people at the local villages of Kontodespoti and Stavros had earlier been evacuated as a precaution.

Some 250 firefighters with 62 fire engines supported by troops are operating in the area, about 92 kilometres (57 miles) north of Athens, officials said.

Greece is still mourning 94 dead from a wildfire that struck the coastal resort of Mati near Athens on July 23. Over 30 people are still in hospital, several in critical condition.

The country's worst fire calamity prompted the resignation or sacking of the heads of the police and fire brigade, in addition to the minister responsible for state security. 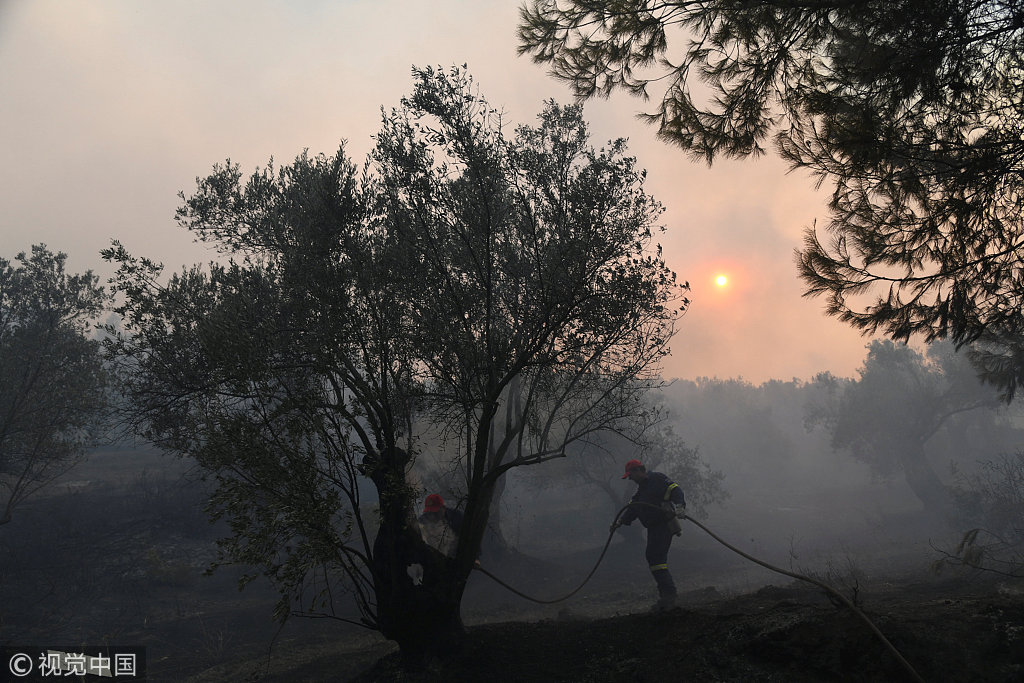 Firefighters throw water through a hose as a wildfire burns near the village of Psahna, in Evia, Greece, August 12, 2018. (Photo: VCG)