LOS ANGELES, Aug. 16 (Xinhua) -- After at least one terrible fire tornado was spotted in Northern California on Saturday, the National Weather Service (NWS) has issued a rare fire tornado warning for the pyrocumulonimbus cloud that formed out of huge wildfire. 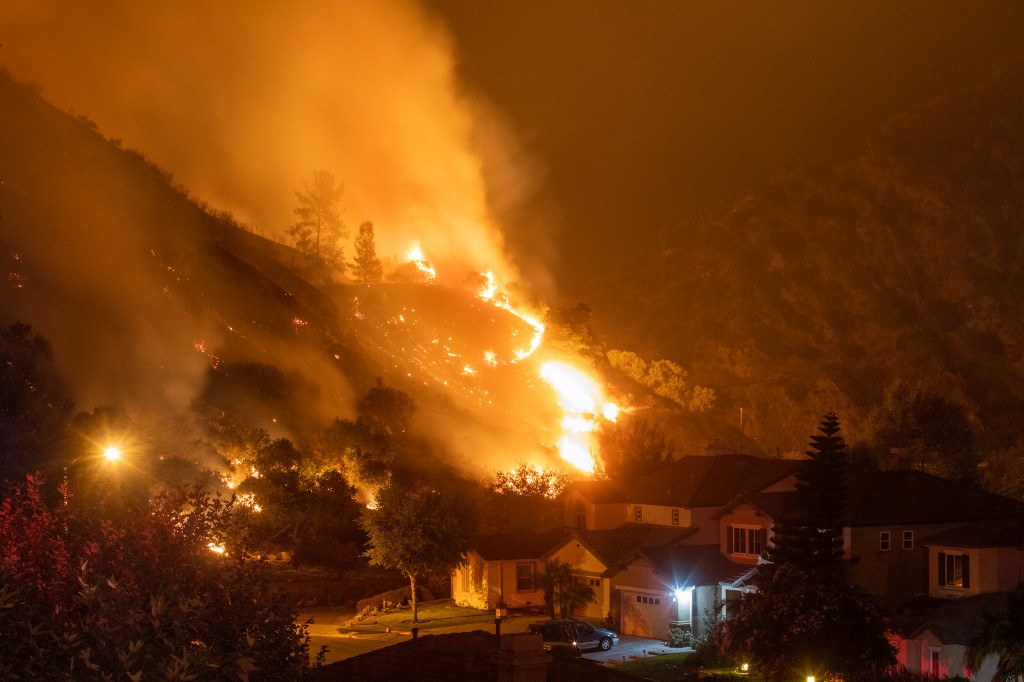 "Tornado warning issued on the #LoyaltonFire near Roberts Canyon. Heed all orders by emergency managers and responding personnel. Stay away from the fire area!" the NWS tweeted.

The warning indicated that the area of the possible fire tornado had zero population, but it was an extremely dangerous situation for firefighters.

As of Sunday, the Loyalton Fire, which was first reported Friday afternoon near the border line between the states of California and Nevada, had consumed 20,000 acres (80.9 square kilometers) and is 5 percent contained, according to InciWeb, an interstate incident information system. More than 400 firefighters are fighting the blaze.

Intense wildfires can sometimes create their own weather, resulting in the formation of a pyrocumulonimbus cloud due to the intense heating of the air which cools and condenses as it ascends. On rare occasions, this situation can lead to the formation of a fire tornado.

A 2018 fire tornado that formed out of the Carr Fire in Northern California killed a firefighter and a heavy equipment operator who was working to put out the flames. A team of meteorologists from NWS launched investigation to the incident and found it had winds up to 143 mph (230 kph).

Scientists use the Enhanced Fujita scale to rank the strength - wind speed and destructive force - of tornadoes on a 0 to 5 scale. Fewer than six in every 100 reach an EF-3 or higher in the United States. The 2018 fire tornado was identified as a powerful EF-3.