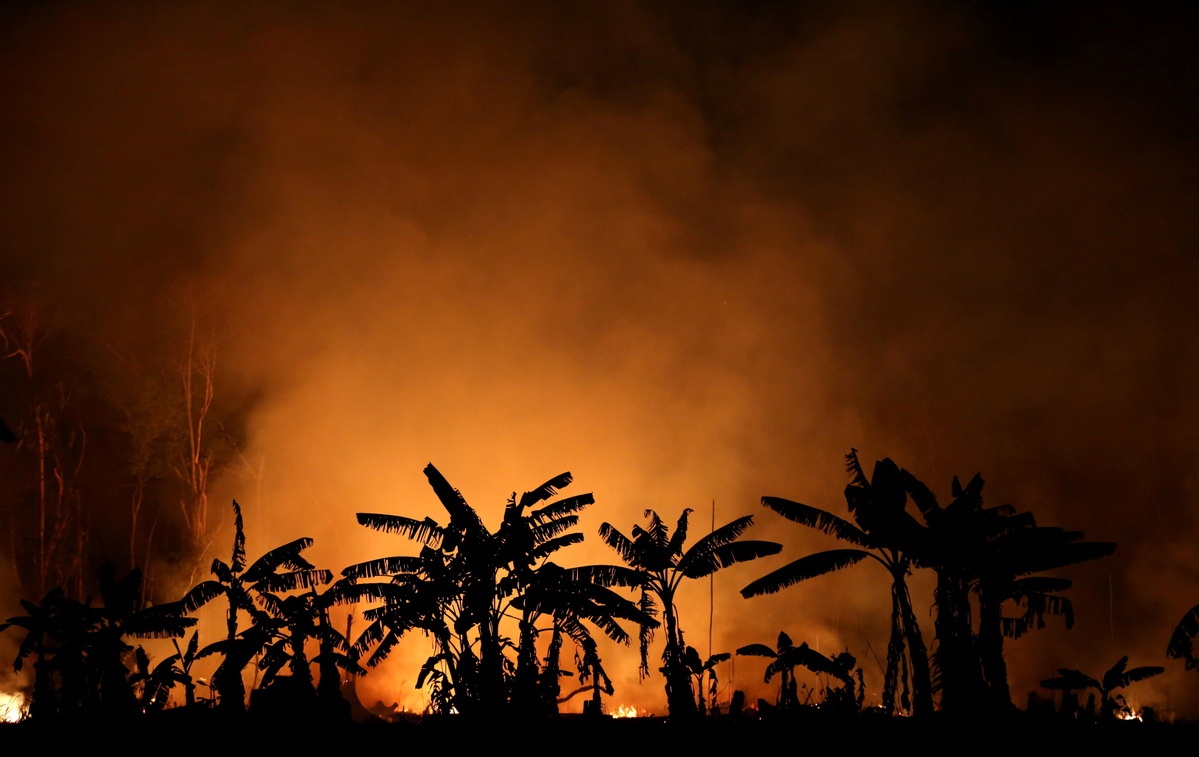 With forests under assault, region on track for bleak year, experts say

A surge in deforestation in the Amazon, coupled with a severe drought, has exacerbated fears for a destructive fire season in the ecologically vital region of South America.

The fire season in the northern part of the continent－typically from July to October－could be particularly devastating this year, according to experts, who worry over the threat to ecosystems and the risks to public health and safety.

They point to warning signs, with some parts of the rainforest seeing fires earlier than usual as worsening deforestation makes the land more parched.

"The fires that occurred in the Amazon (in 2019 and 2020) may most likely be the reason for the drop in annual precipitation in various regions of Brazil," said Ana Luiza Tunes, an environmental engineer and founder of the Brazilian environmental news portal Tunes Ambiental.

Brazil's federal government is taking measures to prevent a repeat of 2019, when about 9,000 square kilometers of rainforest burnt in Brazil and neighboring Bolivia.

According to James MacCarthy, a geographic information systems analyst at Global Forest Watch, the fire alerts in Brazil this year have been close to historical averages.

However, the drought and the elevated rate of deforestation in 2020 suggest this year could be another bad one for fires, he said.

In April, 778 sq km of the Amazon were destroyed by rampant deforestation, the largest loss by area recorded for that month in 10 years and 45 percent more than in April 2020, according to monitoring done by the Amazon Institute of People and the Environment, a Brazil-based nonprofit organization commonly known as Imazon.

In May, Imazon detected a 70 percent increase in deforestation throughout the area known as the Legal Amazon－the officially designated rainforest that stretches into nine countries－compared with a year earlier.

Brazilian President Jair Bolsonaro on June 28 sent out the army to four states to fight deforestation, and banned unauthorized outdoor fires for 120 days.

"Since 2019, there has been no effective commitment to fighting deforestation in Brazil," said William Magnusson, a senior researcher with the biodiversity unit of the National Institute of Amazonian Research, in the Brazilian city of Manaus.

In 2019, most governments in the Amazon region signed an agreement known as the Leticia Covenant to improve protection of the rainforest. Two years later, the implementation of that agreement is under scrutiny, ahead of what could become the worst fire season in history.

The Amazon rainforest spans about 7 million sq km, with Brazil home to the largest section among the nine countries.

Global Forest Watch, an online information initiative of the World Resources Institute, has also recorded a spike in fires, in 2019 and 2020.

For Magnusson, what is especially troubling is that the deforestation in 2020 and 2021 occurred during a period with relatively high rainfall, which means that the water system was not able to hold enough water to prevent a drought.

"Without a change in commitment to enforcement by the government, we will lose a lot of forest," Magnusson said.