WORLD Firearms No. 2 cause for death of children, teens in US

Firearms No. 2 cause for death of children, teens in US 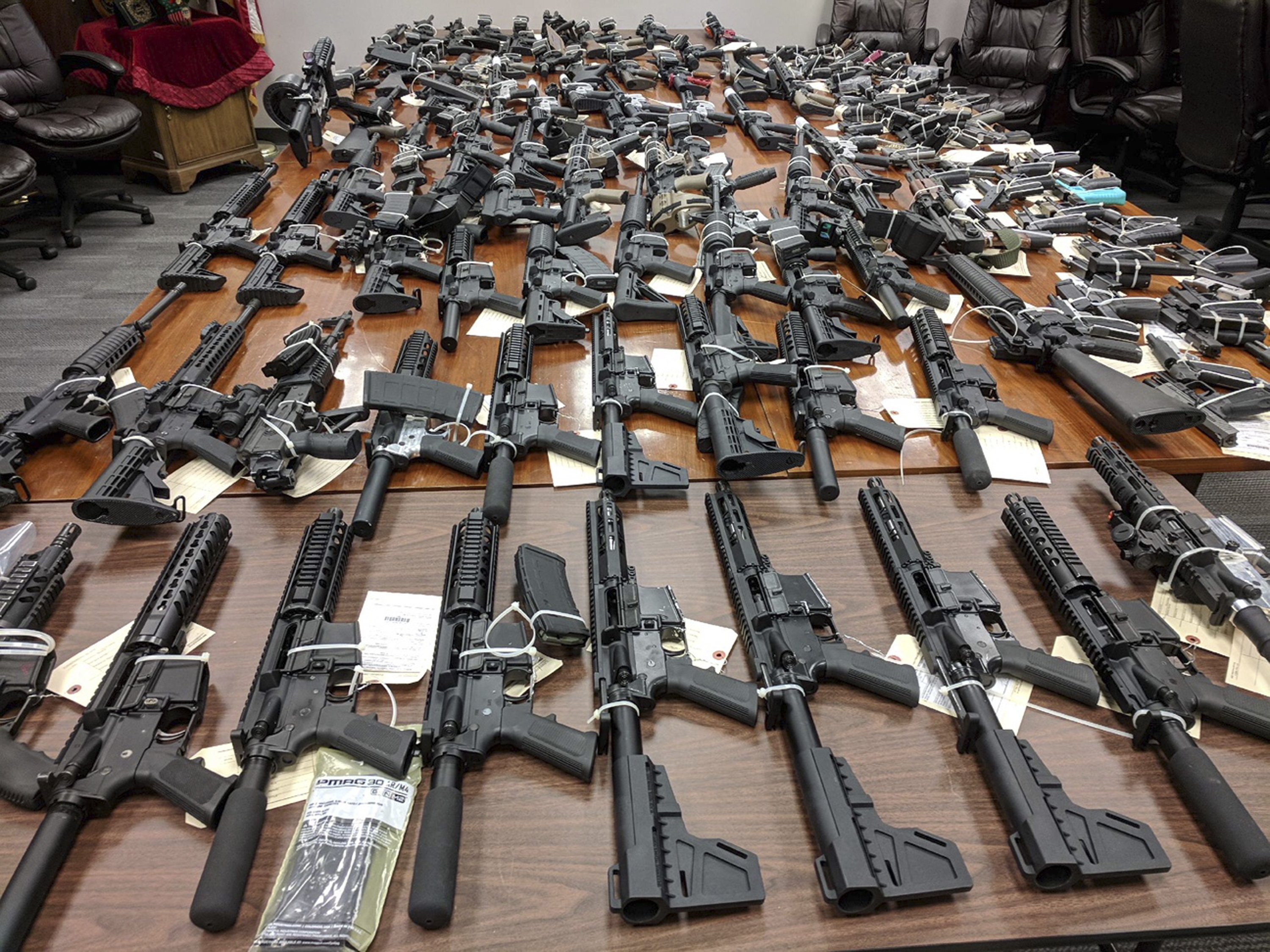 CHICAGO, Dec. 20 (Xinhua) -- Firearms, the No. 2 cause of death in youth in the United States, claimed the lives of more than 3,100 children and teens in 2016, about eight children a day, a study of the University of Michigan (UM) shows.

For the study, researchers from UM Injury Prevention Center used publicly available data from the US Centers for Disease Control and Prevention's WONDER database of information from death certificates.

Firearm-related deaths occur at about the same rate in urban, rural and suburban settings, the researchers noted.

"Firearm deaths of children and adolescents are an 'everybody' problem, not a problem for just certain population," said Lead author Rebecca Cunningham, director of the UM Injury Prevention Center and professor of emergency medicine. "Homicides account for 60 percent of those deaths, suicide about 35 percent, unintentional or accidental injuries about 1 percent and mass shootings slightly less than 1 percent."

Since 1999, about 4 of every 100,000 American children and adolescents have died by a gun-related homicide, suicide or unintended shooting each year, the study shows.

Firearm deaths affect all areas of America. Urban adolescents are twice as likely to die in homicides as rural youth, while rural teens have a rate of suicides that's twice as high as the rate for urban youth. Suburban teens die of firearm-related causes, suicide and homicide at roughly equal rates.

For children aged between 1 and 9, unintentional injuries were the leading cause of firearm death.

The rate of firearm-related death for those aged 1 to 19 has stayed around the same for nearly the past two decades, and is more than 36 times as high as the average rate across 12 other high-income countries.

"By using a data-driven approach to study these deaths, I hope we can guide the US to apply our resources to help us understand what we can do to prevent these deaths across the country," Cunningham said.

America lost 20,360 children and teens in 2016. Motor vehicle crash remained the No. 1 death cause, claiming 4,100 young lives in the year, though prevention efforts and better trauma care have cut the death rate by half in less than two decades.

Cancer came in the third place, accounting for more than 1,800 deaths of those aged 1 to 19; suffocation, mainly suicides by hanging and other means, came out fourth, and is on the rise.

Other causes for death of those aged between 1 and 19, say drowning, drug overdoses/poisonings and birth defects, claimed just under 1,000 deaths each, and reported steady decreases in death rates in the past 17 years.

The study has been published in the New England Journal of Medicine.