Delhi police have seized four tonnes of illegal polluting firecrackers as the Indian megacity heads into its winter smog season when its 20 million people regularly choke on putrid grey-yellow air. 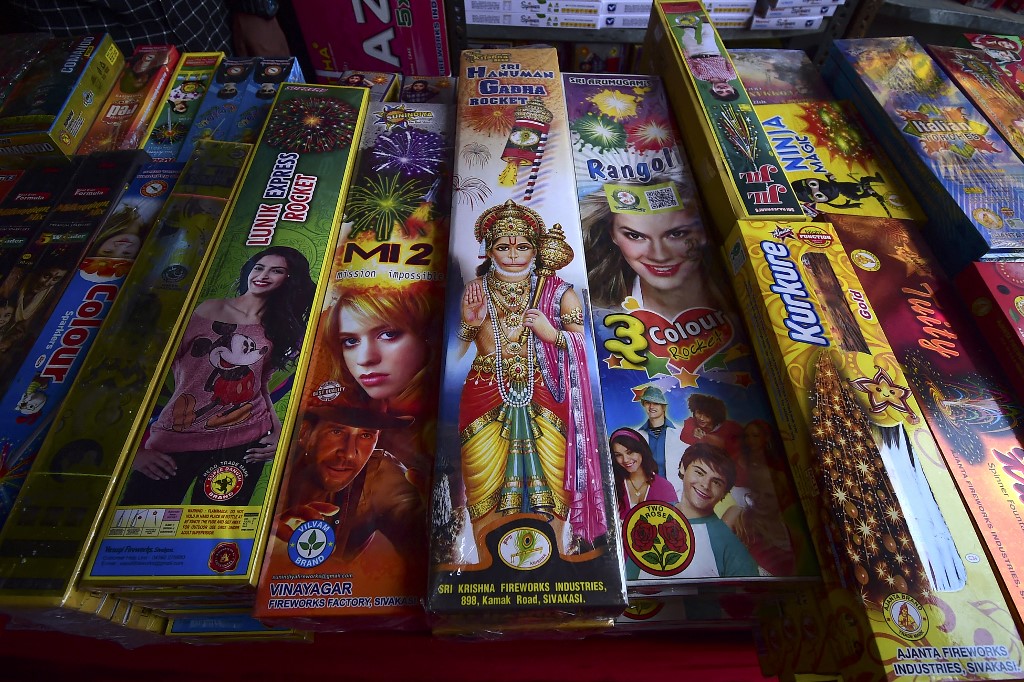 Firecracker are seen displayed at a market ahead of Diwali, the Hindu festival of lights, in Allahabad on November 9, 2020. (File photo: AFP)

Traditionally, millions of firecrackers are set off during Diwali, the Hindu festival of light, which takes place later this week across the nation of 1.3 billion people.

In Delhi their smoke mixes with car exhaust, factory emissions, construction dust and burning crop stubble from nearby states to worsen a poisonous cocktail that regularly exceeds safe limits by up to 20 times.

Seeking to reduce the pollution, authorities like in previous years have banned firecrackers in cities with particularly bad air.

On Monday four tonnes of firecrackers were seized from various locations in Delhi after police raided markets and arrested dozens of people illegally selling the explosives.

Media reports said some of the firecrackers were procured from illegal factories and brought into Delhi from the neighbouring states of Haryana and Uttar Pradesh.

Delhi on Monday experienced its first day of the season with "poor" air while the suburbs of Ghaziabad and Noida recorded "very poor" air on a government index.

Twenty-two of the world's 30 most polluted cities are in India, with Delhi being the most polluted capital city, according to a world air quality report released last year.

A Lancet report last year said 67 million deaths were attributable to air pollution in India in 2019, including almost 17,500 in Delhi.

The $2-million installation halves the amount of harmful particulates in the air but only within a radius of one square kilometre (0.4 square miles), according to engineers.