Firefighters in central Poland say 13 units are fighting flames that have engulfed a conveyer belt at Poland's largest brown coal mine in Belchatow. 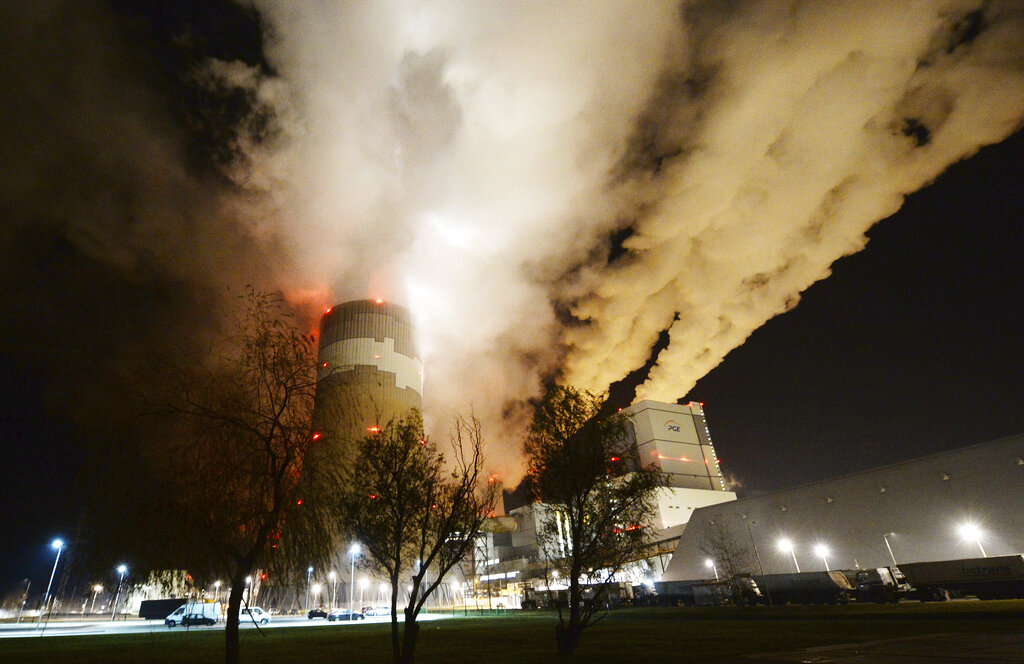 In this Wednesday Nov. 28, 2018 file photo, clouds of smoke over Europe's largest lignite power plant in Betchatow, central Poland. Energy experts were working to restore full operations at Poland’s biggest power plant, the lignite-fueled Belchatow, after an energy network failure switched off 10 of the plant’s 11 units. Poland needed energy imports from Germany, Sweden, the Czech Republic and Slovakia to fill in for the suddenly missing power. (File photo: AP)

The fire broke out at midday Saturday and sent huge clouds of black smoke over the area, which also includes Poland's largest lignite power plant.

A spokesman for the firefighters in Lodz region, Jedrzej Pawlak, said there were no reports of casualties. He said the fire was brought under control but not out.

The neighboring power plant, which suffered an automated outage in a separate incident on Monday, was not affected.

The fire came a day after top European Union court ordered Poland to immediately halt operations at another lignite mine in Turow, on the Czech and German border, that belongs to the same state energy company PGE.

Coal makes up 65% of Poland's energy sources, including 17% from lignite.