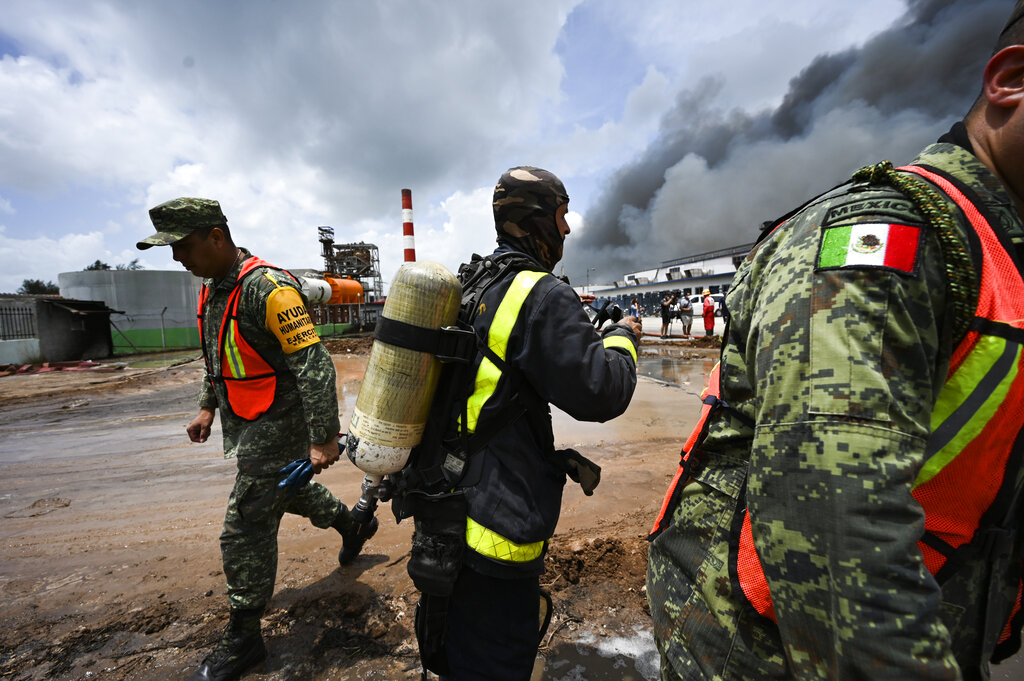 A Cuban firefighter stands between Mexican soldiers as they work to put out a deadly fire at a large oil storage facility in Matanzas, Cuba, Tuesday, Aug. 9, 2022. (Photo: AP)

Helicopters and firefighters battled Tuesday to contain a days-old blaze at a fuel depot in Cuba that has already destroyed four tanks and was threatening four more.

The fire, which started on Friday after lightning struck one of the tanks, left a 60-year-old firefighter dead and 14 colleagues missing, according to authorities.

More than 100 people were reported injured, with 22 still hospitalized.

About 5,000 people have been evacuated from around the disaster zone on the outskirts of Matanzas, an industrial city of 140,000 people some 100 kilometers (60 miles) west of Havana.

As teams prepared Tuesday to try and douse the fire with foam, fears were rising that the blaze could threaten the fuel supply to thermoelectric plants at a time Cuba is already battling electricity outages.

"The firefighting teams continue to clear a path to the flames so the teams charged with applying the foam can get to the place," Matanzas governor Mario Sabines said on Twitter.

He added that smoke from the fire had reduced visibility to near zero, and drones were deployed to provide a better view.