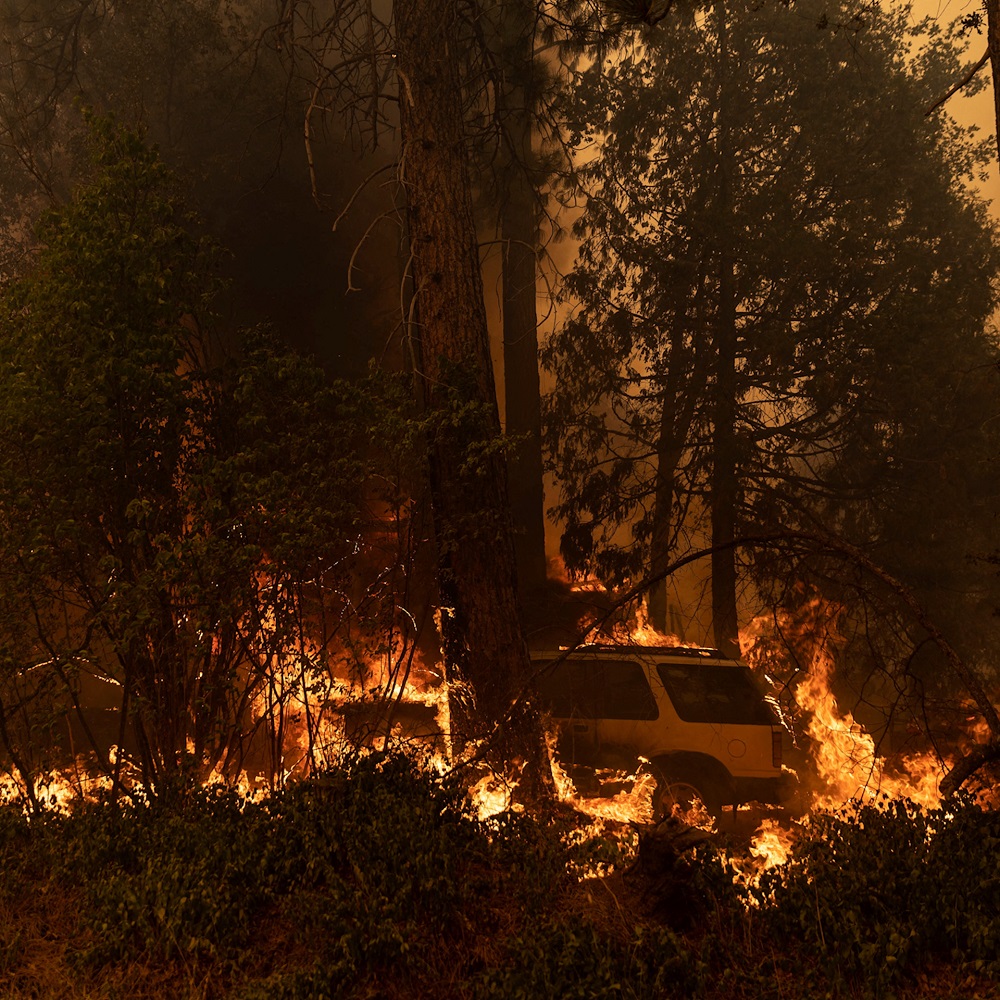 Firefighters have significantly slowed the spread of a wildfire burning near Yosemite National Park.

Called the Oak Fire, thousands have been evacuated, as smoke from the fire has drifted toward other areas.

Officials say 55 homes and other buildings have burned.

More than 2,500 firefighters with aircraft support are battling the blaze, the AP reports.