More than 1,300 firefighters were battling a blaze that was burning out of control Sunday in southern California, threatening thousands of people and homes east of Los Angeles. 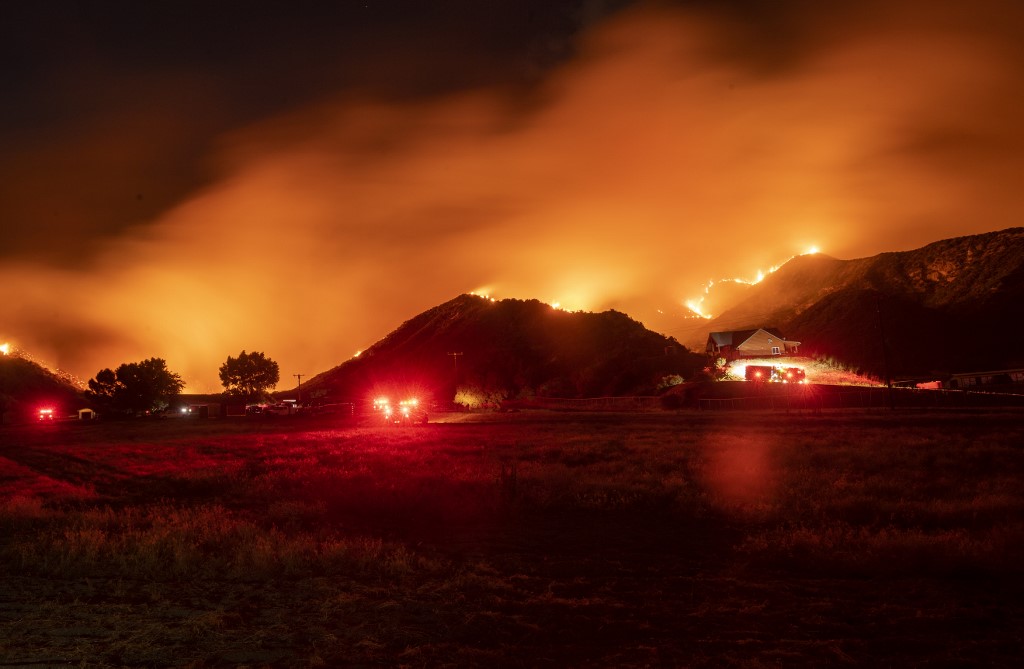 In this long exposure photograph, firefighters monitor flames as they skirt a hillside near a residential area during the Apple fire in Banning, California on August 1, 2020. (Photo: AFP)

The so-called Apple Fire that broke out Friday near the city of San Bernardino has so far charred more than 20,000 acres (8,000 hectares), sending up columns of smoke visible from far away.

It was so smoky that authorities declared an air quality alert Saturday evening.

At least 2,600 homes and nearly 7,800 people were evacuated, and officials said it was not clear when they might be able to come back.

As of 1800 GMT, more than 1,360 firefighters backed by helicopters, water-dumping planes and trucks were working to put out the fire.

Crews lost control of the blaze after managing to contain 12 percent of it earlier Sunday.

There were no reports of casualties, and the only damage so far has been to two buildings and one home.

The edges of the fire are burning on rugged hills that are hard for crews to reach, authorities said.

A probe is under way as to the cause of the fire, which officials said may have been set deliberately.