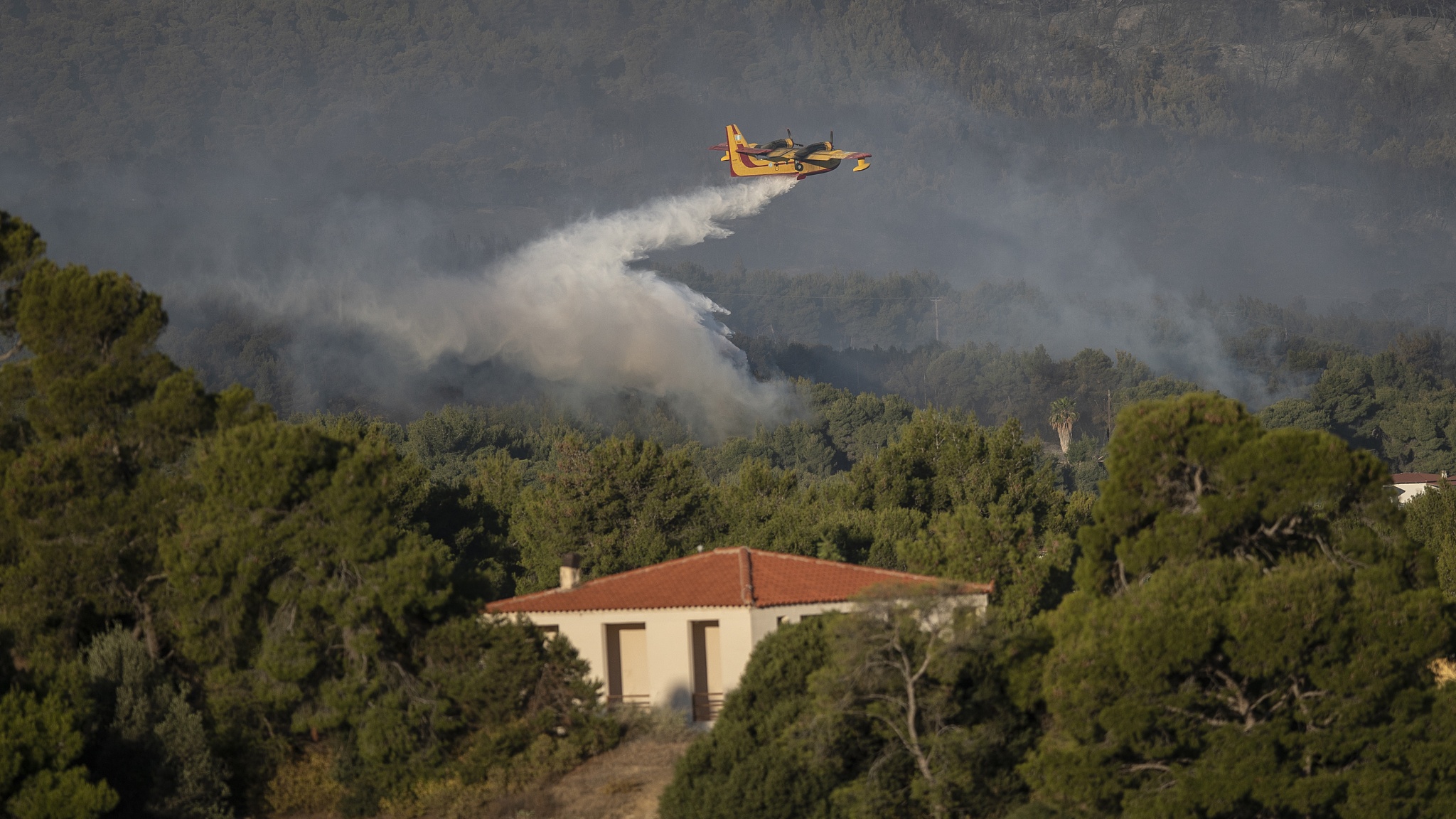 A firefighting aircraft crashed in Greece while trying to put out forest fires on Sunday, but there were no casualties in the incident, AFP reported citing the fire service.

Reports indicate the plane crashed while tackling a fire in the Ionian island of Zakynthos in western Greece.

Greece has been battling dozens of fires that broke out in the wake of the country's most prolonged heat wave in three decades.

The fires sent temperatures surging to 45 degrees Celsius (113 F) for days and created bone-dry conditions burning homes and killing animals as flames tore through thousands of acres of land in parts of the country.

Thousands of people have fled their homes on the outskirts of Athens, while hundreds were evacuated by boat from the island of Evia as Greece faced another day of wildfires fuelled by strong winds and searing temperatures.

Greece requested help through the European Union's emergency support system. Firefighters and aircraft were sent from France, Spain, Ukraine, Cyprus, Croatia, Sweden, Israel, Poland, Romania, Switzerland and the United States. The causes of the fires are under investigation.

In neighbouring Turkey, authorities are battling the country's worst ever wildfires, which forced the evacuation of tens of thousands of people. In Italy, hot winds fanned flames on the island of Sicily this week.