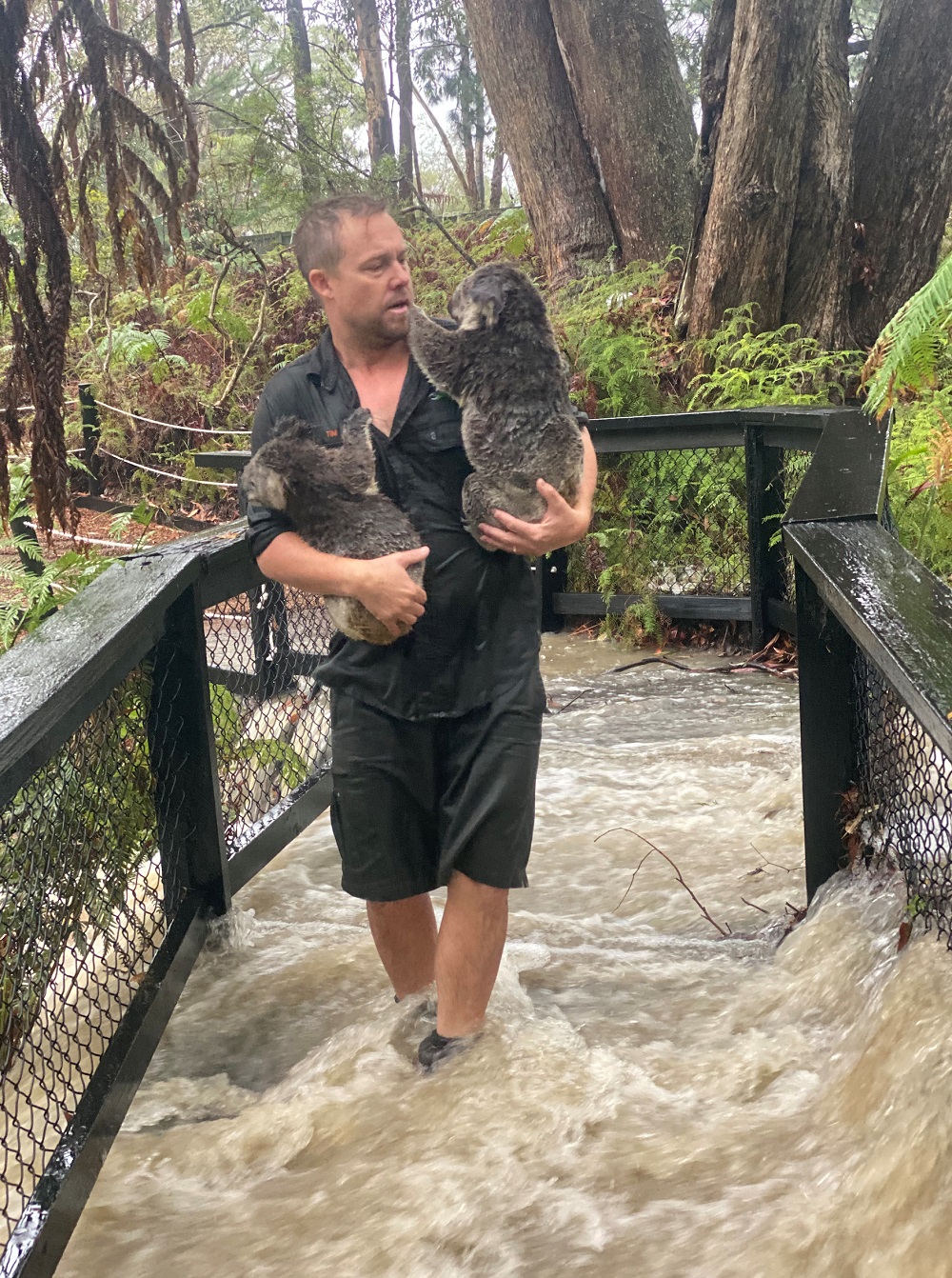 SYDNEY - Just last week deadly bushfires bore down on the Australian Reptile Park, but on Friday, it was widespread flooding caused by a sudden downpour which threatened the zoo's residents.

After a summer of wildfires which killed over a billion Aussie animals, the arrival of rain should have been cause for celebration, instead the Reptile Park which is north of Sydney, shut its doors as staff members scrambled against the rising waters.

"This is incredible! Just last week, we were having daily meetings to discuss the imminent threat of bushfires, just 8 km away from the Park here in Somersby," Australian Reptile Park Director Tim Faulkner said.

"Today, we've had the whole team out there, drenched, acting fast to secure the safety of our animals and defend the Park from the onslaught of water."

Carrying koalas in their arms keepers waded through knee deep rushing water, while others desperately sandbagged to protect whatever enclosures they could.

Not all animals mind a bit of rain however and staff were wary to keep a close eye on the Alligator Lagoon where water levels rose close to the fence line.

Faulkner added that despite the hassle, rain remained a welcome sight considering the level of devastation felt by Australia this fire season.

"The contrast between the current bushfire crisis and this sudden flooding is striking, but we are well-aware that a huge part of Australia is still burning, and millions of animals are still under threat," he said.

Throughout the disaster, the Australian Reptile Park has helped rescue and assist wildlife through its animal conservation charity, Aussie Ark.

"Going from drought and fire relief to flooding is all in a day's work for our staff," Faulkner said, "No two days are the same."