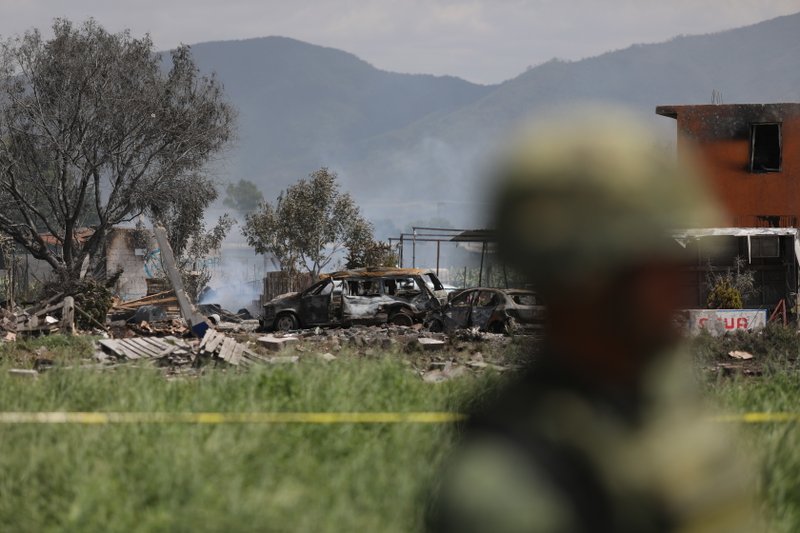 Mexican authorities say 19 people have been killed and more than 30 injured after two explosions ripped through fireworks workshops in a city just north of the capital.

A statement from the Mexico State government says the dead include four firefighters and two police officers who rushed to the scene in Tultepec after the first explosion Thursday, only to be killed by the second blast.

Many residents in Tultepec make a living fabricating and selling homemade fireworks, and explosions are a regular occurrence there.

In June a blast killed seven people and injured eight in the town. In December 2016 a massive chain-reaction blast at an open-air fireworks market killed several dozen.