Two athletes have become the first to test positive for the coronavirus in the Tokyo Olympic Village, officials said on Sunday, as concerns remain high just days before the Games open. 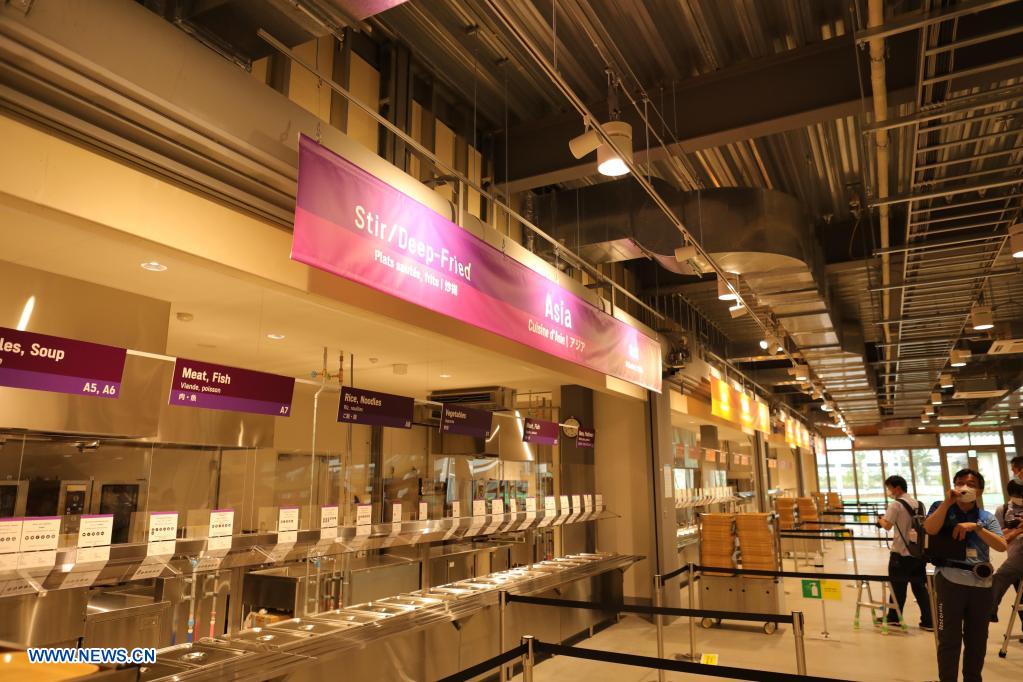 Photo taken on June 20, 2021 shows the atheletes' canteen at the Olympic Village for the Tokyo 2020 Olympic Games in Tokyo, Japan. (Xinhua/Wang Zijiang)

The cases will heighten concerns over the Olympics, which are facing opposition in Japan over fears they will bring new cases to a country already battling a surge in infections.

A daily tally of new cases revealed two athletes tested positive in the Village and one elsewhere. They come a day after an unidentified person, who was not a competitor, became the first case in the Village.

The Olympic Village, a complex of apartments and dining areas, will house 6,700 athletes and officials at its peak when the 2020 Games, delayed last year over the pandemic, finally get underway.

The Tokyo Olympics, which will be held largely behind closed doors to prevent infections, are unpopular in Japan where opinion polls have consistently demonstrated a lack of support.

On Saturday, International Olympic Committee president Thomas Bach appealed for Japanese fans to get behind the Games, saying he was "very well aware of the scepticism" surrounding the event.