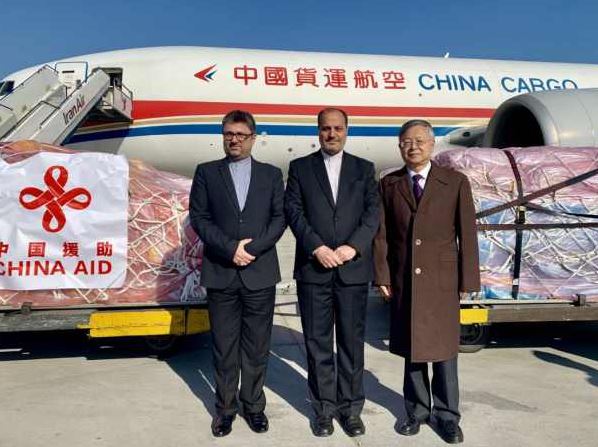 The first batch of emergency aid materials from the Chinese government to Iran's flood-hit areas landed in the capital Tehran on Friday.

Chinese Ambassador to Iran Pang Sen handed over the aid materials to an Iranian representative after a brief signing ceremony. This photo taken on Friday, April 26, 2019 shows China’s emergency aid materials to Iran in an international airport in Tehran, Iran. [Photo: China Plus)

Among the materials are 2,600 waterproof camps, which were carried by a cargo plane belonging to the China Cargo Airlines.

"On the basis of our mutual friendship, we are willing to help the Iranian people within our reach," Pang said.

More Chinese aid, including lifeboats, life vests and diesel generators, will arrive in the coming days.

Continuous rainy days started to hit Iran in late March, where floods invaded at least 25 out of the country's 31 provinces, causing economic losses worth hundreds of millions of US dollars and dozens of casualties.