WORLD First COVID-19 case in US, with no links to China

First COVID-19 case in US, with no links to China 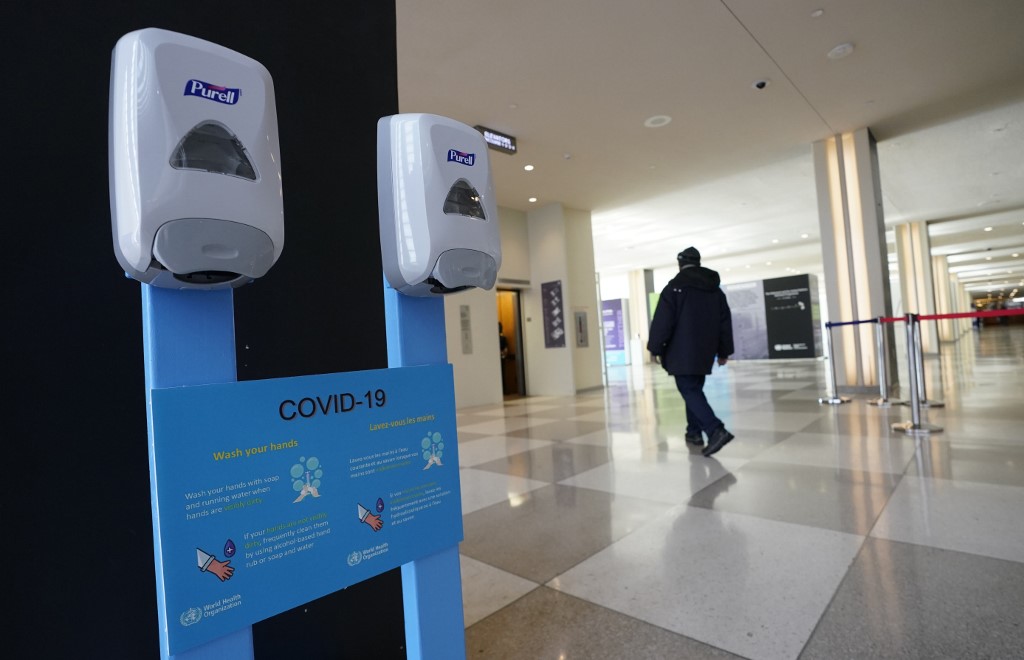 Hand sanitizers hang on the wall with a sign about COVID-19, also known as coronavirus from the UN World Health Organization (WHO) at the United Nations Headquarters on February 27, 2020. (File photo: AFP)

U.S. public health officials are reporting the first case of COVID-19 in a person who hasn't travelled to any affected regions and has no known contact with anyone who has the virus.

The patient is a resident of Solano County California, north of San Francisco.

That's the same county as Travis Air Force base, one of the U.S. quarantine centers.

In a White House press conference on Wednesday, President Trump said, "We are very very ready for this for anything whether it's going to be a breakout of larger proportion or whether or not we're at that very low level."

He also announced Vice President Mike Pence would lead the federal response to the crisis.

Public health officials warn the virus will likely spread in the U.S.

"This virus doesn't respect borders. It does not distinguish between races or ethnicities. It has no regard for a country's GDP or level of development. The point is not only to prevent cases arriving on your shores. The point is what you do when you have cases," said the Director General of the World Health Organization, Tedros Adhanom Ghebreyesus,Trump defended travel restrictions that essentially bar entry to foreign nationals who have recently been in China.

The WHO does not recommend closing borders and China has objected to the move.

Trump also said because the outbreak seems to be easing in China it may be possible to lift those travel restrictions soon but added he may put in place similar measures for people who have travelled to other countries experiencing outbreaks.