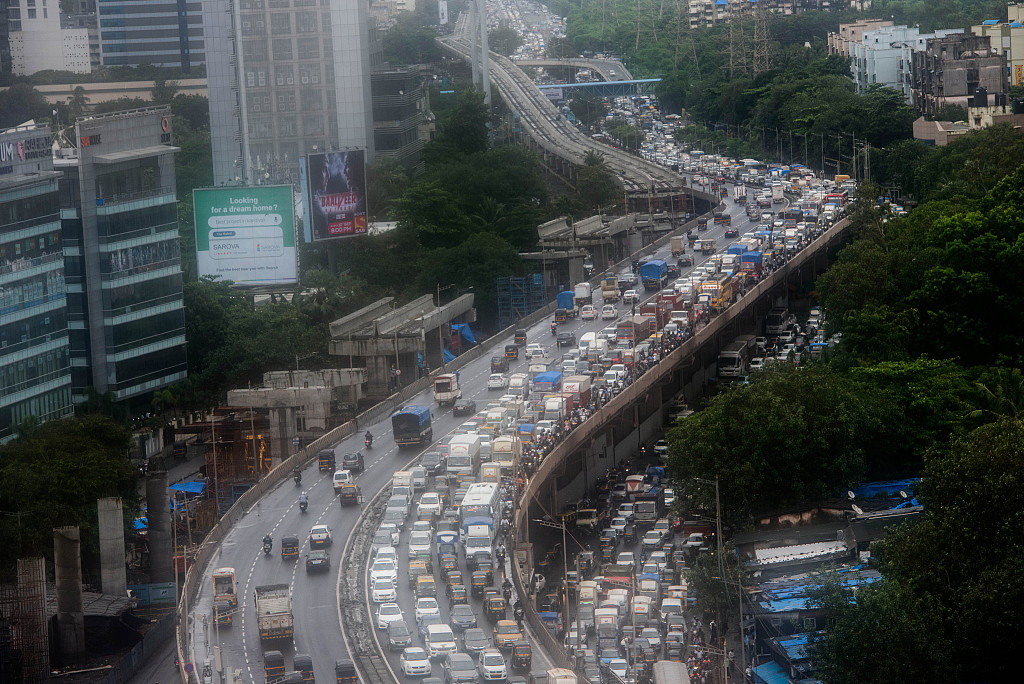 Heavy traffic on WEH at Jogeshwari, on September 5, 2019 in Mumbai, India. (Photo: VCG)

Seven members of the person's family have been quarantined and the tests on them will be conducted on Thursday, said the spokesperson for the city's Municipal Corporation.

The death toll due to the COVID-19 in India on Wednesday rose to 38 as the number of confirmed cases in the country reached over 1,600, the federal health ministry said.

India's financial capital has recorded a large number of COVID-19 cases with two localities at Worli and Goregaon being declared as hotspots and sealed.