WORLD First COVID-19 cases in France date back to November

First COVID-19 cases in France date back to November

Doctors at the Albert Schweitzer Hospital of Colmar in eastern France said they've found evidence that the earliest COVID-19 cases in the country can be traced back to November 16, according to a press release from the hospital on Thursday.

Michel Schmitt, chief medical officer of the Medical Imaging Department at the Albert Schweitzer Hospital, conducted a retrospective study on all the 2,456 chest scans done in his department between November 1 and April 30 with different pathologies, including pulmonary, cardiac, and traumatic. 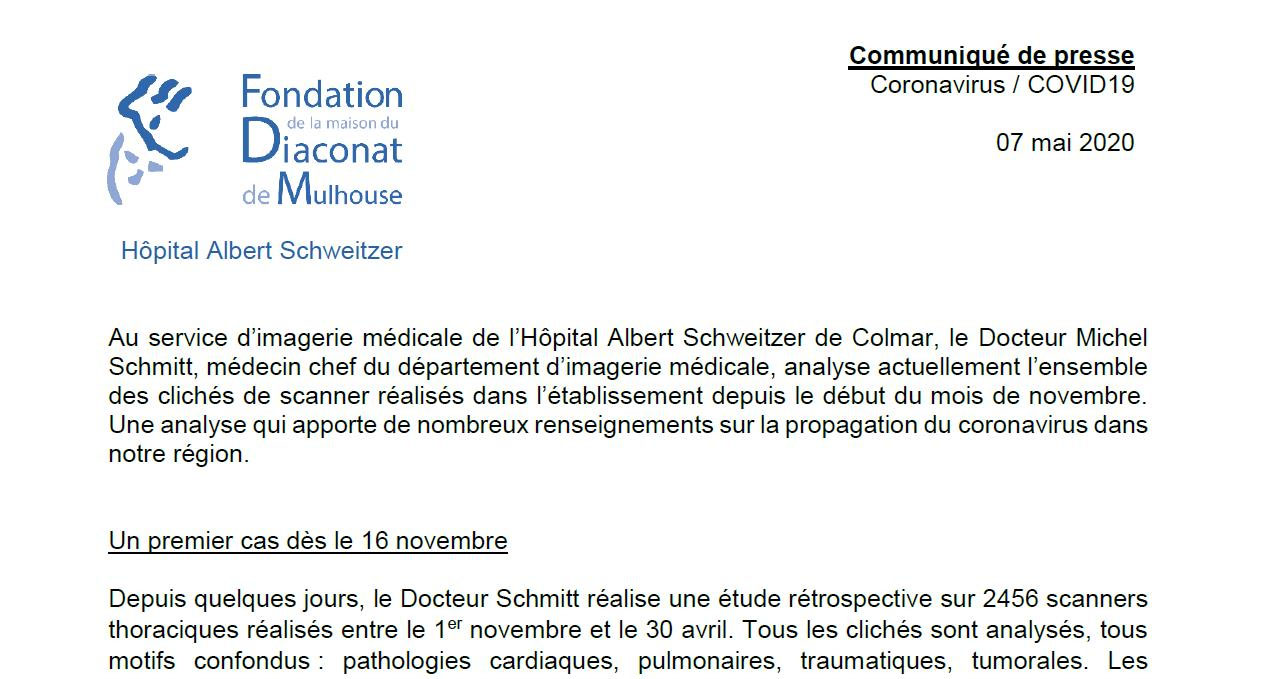 Press release of the Albert Schweitzer Hospital saying that first cases of COVID-19 were found on November 16.

They found that cases were registered in the hospital on November 16, months before France's first officially reported cases on January 24. The incidence of pathology underwent a very slow progression until the end of February, and then a rapid increase with a peak on March 31.

A few cases were already circulating in the region at the beginning of November, according to Schmitt.

The doctor said the virus then dispersed very sporadically, and contagion accelerated at the time of the end-of-year events such as Christmas markets and family celebrations until the epidemic broke out after a religious gathering in Mulhouse in the last February week.

Jean-Philippe Masson, president of the National Federation of Medical Radiologists (FNMR), said the study is relatively reliable, as four COVID-19 specific lesions have been identified and can be observed on the chest scanners.

The hospital has also launched a collaboration with the French National Center for Scientific Research (CNRS) to start an epidemiological analysis, said the press release, and more biological data and inpatient records are required.

The first COVID-19 cases were diagnosed in Colmar on February 25 and the first death was recorded on March 4.