Genetic analysis has shown the independent transmissions of the novel coronavirus from Europe and other parts of the U.S. are the main sources of the first cases of COVID-19 circulating in New York City.

The study, led by researchers from the Icahn School of Medicine at Mount Sinai (ISMMS), was published in the world-leading academic journal Science on Friday. 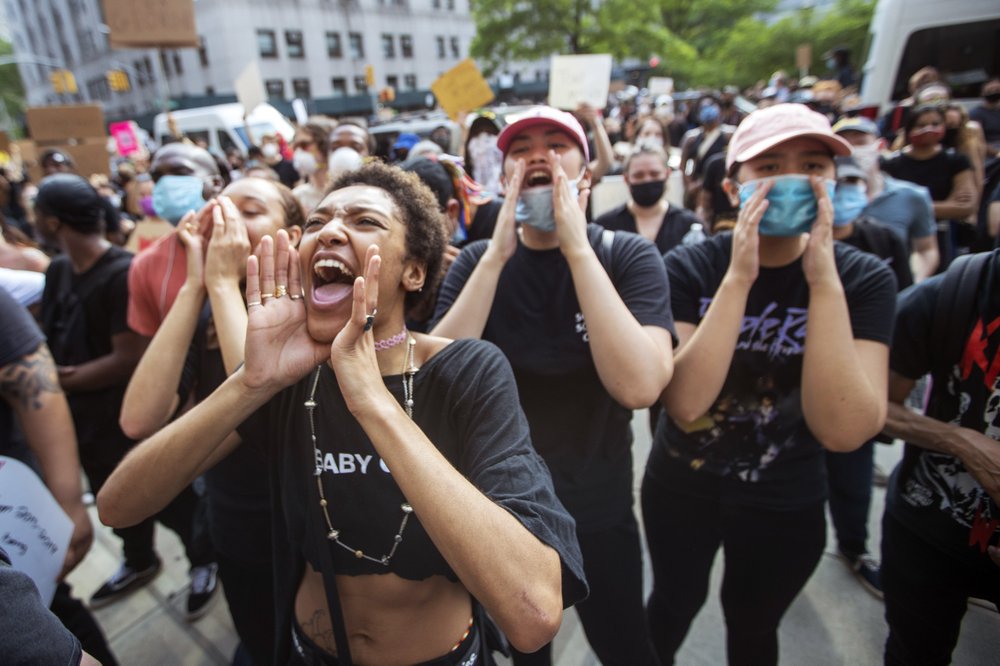 Protesters demonstrate against the the death of George Floyd, a black man who was in police custody in Minneapolis, Friday, May 29, 2020, in New York. The massive protests sweeping across US cities following the police killing of a black man in Minnesota have elevated fears of a new surge in cases of the coronavirus. (Photo: AP)

Entitled "Introductions and early spread of SARS-CoV-2 in the New York City area," the study analyzed the genetic information of 90 SARS-CoV-2 isolates from 84 patients within the Mount Sinai Health System between February 29 and March 18, who presented 21 neighborhoods across four boroughs – Manhattan, Bronx, Queens and Brooklyn, and two towns in Westchester County.

It found that most of the cases confirmed during the 18 days after the first reported case in the city "appear to have been sourced from Europe and the USA."

The researchers analyzed the genome sequences of the 84 samples, as well as those of the 2,363 ones stored in GISAID, a gene library used by governments and scientists worldwide to identify pathogen, up to April 1.

They found the majority of the 84 samples clustered with a clade that largely consisting of samples taken from patients with COVID-19 in Europe, and two mutations in this clade suggesting at least two independent introductions likely occur in early to mid-February.

Within the clade, the researchers also found two monophyletic clusters, one indicating the local transmission could have been introduced through a domestic route, and the other showing that domestic introductions may have also been a source of early community spread within the city.

"Taken together, our results show that the NYC SARS-CoV-2 epidemic has been mainly sourced from untracked transmission between the U.S. and Europe," wrote the authors, adding that the study showed "limited evidence of direct introductions from China."

"In addition, clusters of related viruses found in patients living in different neighborhoods of the city provide strong evidence of community transmission of SARS-CoV2 in the city prior to March 18, 2020," said Harm van Bakel, a geneticist at ISMMS.

Dr. Anthony Fauci, director of the National Institute of Allergy and Infectious Diseases, said in early April when the study was first published on the preprint platform medRxiv, that "given the travel and the air traffic from anywhere in Italy, particularly northern Italy, it's just not surprising – unfortunately – and inadvertently New York was seeded before they knew what was going on and that's why they're in the difficult situation they're in right now," as quoted by ABC News.

New York Governor Andrew Cuomo also stated in late-April that strains of the novel coronavirus first entered his state from Europe, not China.