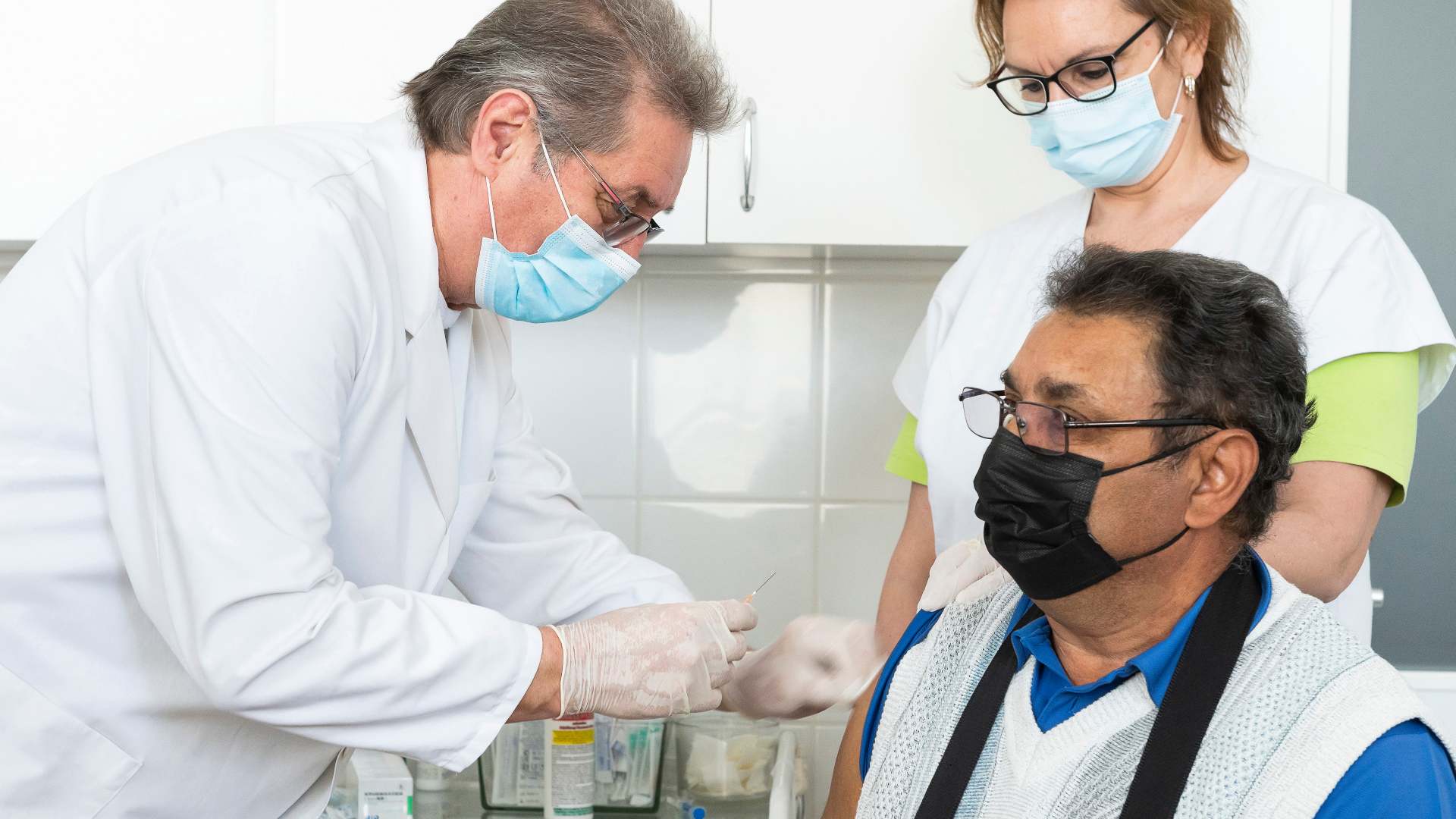 A person getting the first dose of the Sinopharm vaccine in Hungary in March. (File photo: AP)

After turning to China and Russia to supply extra COVID-19 vaccines, Hungary became the first country in the European Union (EU) to use the Sinopharm vaccine; and, in turn, has achieved one of the EU's highest vaccination rates.

Hungary's Prime Minister Viktor Orban has also announced on Friday he will propose to EU leaders that they approve all vaccines that have already been safely used in other regions in order to increase vaccination rates in the bloc.

Hungary was the first EU country to order both Russian and Chinese vaccines. And in mid-February, millions of doses of the Sinopharm jab arrived in Hungary, with the first vaccines given a few days later as part of the country's vaccination program.

The government ordered 5 million doses, with politicians regularly announcing arrival of shipments and praising the deliveries for being ahead of vaccines purchased through the EU.

At the same time, as the vaccines began rolling out, Orban shared a video of himself being inculcated, encouraging Hungarians to register in a social media video.

"Please register and get vaccinated, this is the only possible way of protection," he said.

"Just as there are tens of thousands of Hungarians in Serbia, now we have received thousands of Chinese vaccines here in Hungary, trust the Hungarian experts."

Throughout March and April, more than a million doses have arrived from China, with the Sinopharm jab now available at all vaccination sites.

Hungary's Surgeon General Cecilia Muller announced at a COVID-19 news conference that people could now schedule an appointment and get the Chinese vaccine.

"Anyone who has registered can schedule an appointment to get the Sinopharm vaccine at any vaccination site," she said.

"I encourage everyone to take advantage of this opportunity as much as possible."

Outside a vaccination site in Budapest, student Rebecca Bijo had just received her first shot.

"I got the Chinese one. It was perfectly fine. It didn't hurt much so really it was great, it was a good experience," she said.

Hungary has continued to be one of the countries with the highest coronavirus vaccination rates in the European Union and the government has based decisions to reopen the economy on vaccination numbers.

So far, more than 37 percent of the population has had at least one dose of vaccine and the government says support for vaccination is increasing.

Nora Bese, head of communications at Bethesda Hospital, told CGTN Europe outside the vaccination center that people were excited to get their jab: "People are very happy to get vaccinated.

"We have people from all age groups, young and seniors, and we see that they are happy to get jabbed and be protected against COVID-19."

But many scientists have accused the Hungarian government of promoting misinformation when it comes to vaccines.

Data posted on official social media sites recently showed a comparison that appeared to show Russian jab Sputnik V and Sinopharm to have much lower numbers of COVID-19 infections and deaths following two vaccinations compared with other vaccines.

Scientists slammed the data as being out of context and misleading, with critics concerned it was designed to boost confidence in particular vaccines rather than portray scientific information.

There are concerns a lack of transparent information from the government means people have little knowledge about the side effects of vaccines or how each brand performs. "The information the people get is really mixed," one woman said, without wanting to be named.

So far the vaccination program is on track, according to the government, with large sectors of the economy to open to people who can prove they have had a vaccine.