The first N95 medical masks to reach the U.S. since February are arriving by plane and ship this week, with trucks standing ready to speed them to coronavirus hot spots around the country. 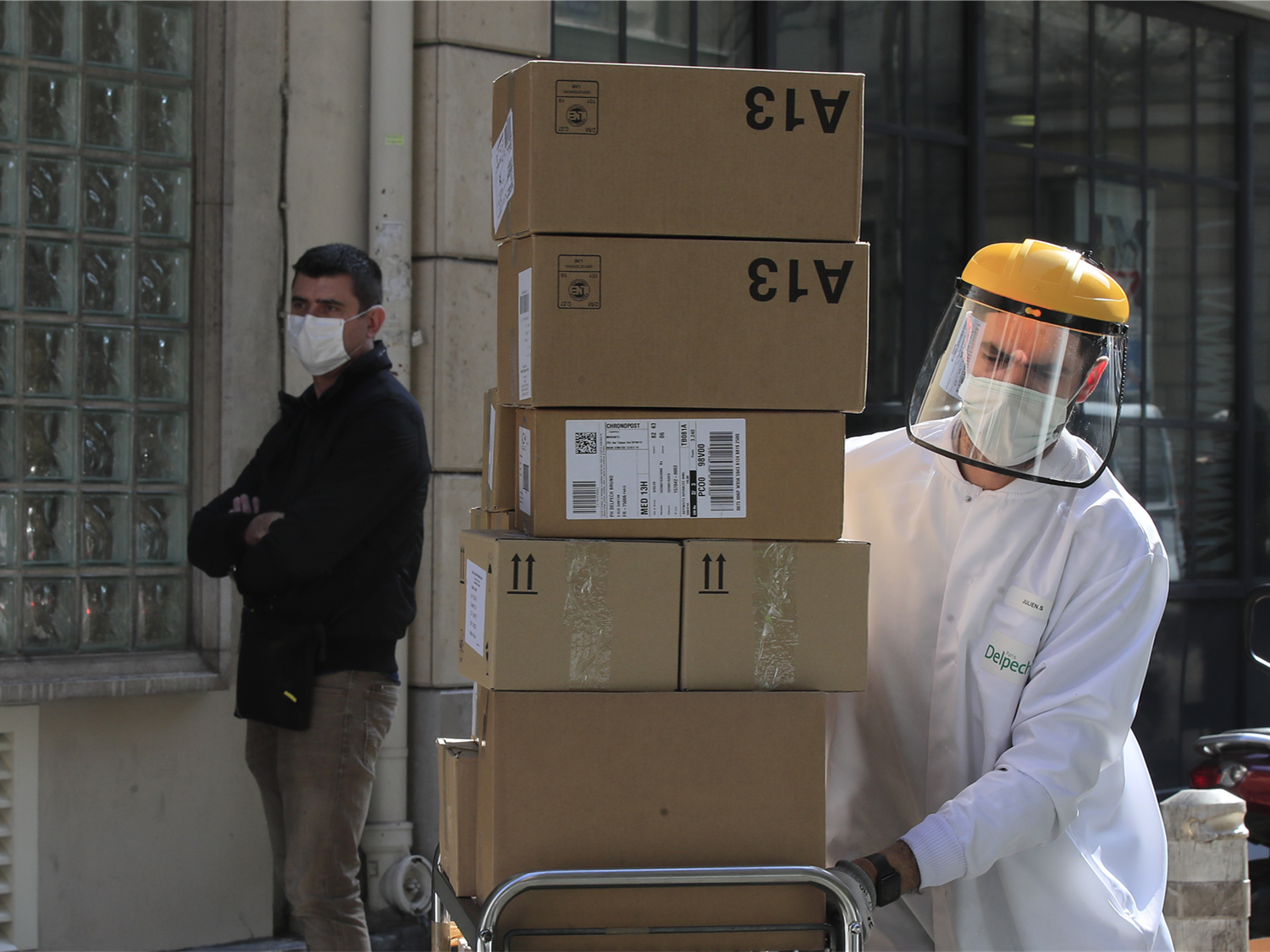 In recent days, 24 pallets of the masks arrived at the port of Los Angeles, sent from a 3M factory in Singapore, according to trade records from Panjiva, a company that tracks trade data. The Federal Emergency Management Agency flew 130,000 of the special masks on a cargo plane that arrived at John F. Kennedy International Airport from Southeast Asia, and DirectRelief, a humanitarian aid organization, was expecting 80,000 to arrive at Los Angeles International Airport any day now.

N95 masks are used in industrial settings as well as hospitals, and they filter out 95% of all airborne particles, including ones too tiny to be blocked by regular masks. The Centers for Disease Control and Prevention told medical providers to use bandanas if they run out of the masks, while volunteers with sewing skills are using publicly shared patterns to bolster supplies.

Doctors, nurses and other health care workers across the United States are frustrated that they have to care for sick people without proper equipment. Some have held demonstrations; others are buying their own supplies.

A home health nurse who is part of the Oregon Nurses Association said she’s terrified she’s spreading coronavirus from one place to the next as she visits her elderly patients in assisted living facilities without a mask, gloves or other protective equipment.

“I wake up every morning in fear, absolutely terrified I’m going to do something to harm an entire generation of our seniors. It makes me sick,” she said. She spoke on condition of anonymity because she was not authorized by her company to speak to reporters.

A typical day can bring her to four facilities with 50 elderly people each.

For most people, the new coronavirus causes mild or moderate symptoms, such as fever and cough, that clear up in two to three weeks. For some, especially older adults and people with existing health problems, it can cause more severe illness, including pneumonia, and death.

DirectRelief vice president Tony Morain said they usually supply the neediest clinics in places like Haiti. But they’re now shipping masks and other gear to some of the wealthiest places in the U.S.

“Basically we’ve expanded our scope based on the need,” said Morain. “We’re still doing everything we can to support safety-net facilities, but we’re also receiving requests for major hospitals in hard-hit areas.”

FEMA said in a written statement that it has created an “air bridge” to quickly bring medical supplies from manufacturers in Thailand, Malaysia, Vietnam, Taiwan, India, Honduras and Mexico.

The first FEMA flight landed Sunday at Kennedy Airport with an 80-ton shipment that included 130,000 N95 masks, 1.8 million face masks and gowns, 10.3 million gloves and thousands of thermometers, to be distributed to New York, New Jersey and Connecticut. Contracted flights arrived Monday in Chicago with supplies that are being shipped to other states. An additional 19 FEMA flights are scheduled, with more flights being added daily.

Since the outbreak began, 3M has doubled its global output of N95 respirator masks to an annual rate of over 1.1 billion, or nearly 100 million per month. That includes this week’s imports and U.S. manufacturing. Honeywell Safety also announced that it would ramp up production of N95 masks in its Rhode Island and Arizona facilities to help meet growing demand for protective gear.