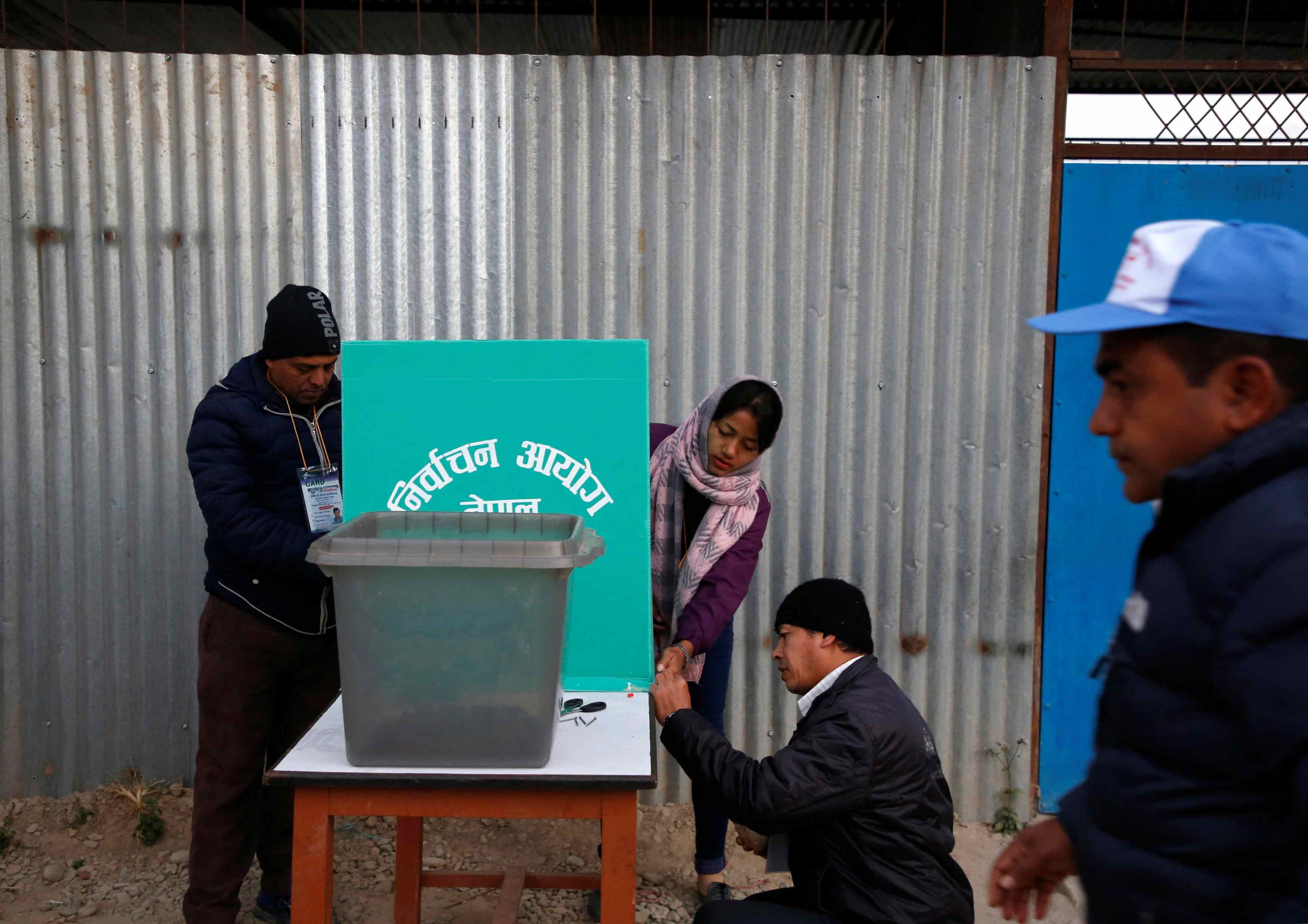 Officers from Nepal's Election Commission work on setting up a polling station during the nparliamentary and provincial elections at Chautara in Sindhupalchok District, Nepal, November 26, 2017. /Reuters Photo

Elections for the parliament and provincial assemblies were held successfully in 32 mountainous and hilly districts in the first phase, Nepal's Election Commission (EC) said on Sunday.

The Himalayan country is scheduled to the second phase of polls on Dec. 7 in the remaining 45 districts.

These elections are being held to implement Nepal's new constitution promulgated in September 2015 which has envisioned creating three layers of governance structure - federal, provincial and local.

The EC said on Sunday that except sporadic incidents, the polls were held peacefully in all the districts where elections were held in the first phase.

There were concerns over security during the polls after recent incidents of bomb attacks targeting senior leaders of political parties, candidates and their poll campaigns.

As per the early estimate of Nepal's election body, voter turnout stood at 65 percent which might go up once the final turnout figure is available.

Voter turnout in constituent assembly elections held in 2013 was 78.74 percent and 74.16 percent in recently held local elections, according to the EC.