WORLD First Qatar to Saudi flight to take off after thaw

First Qatar to Saudi flight to take off after thaw 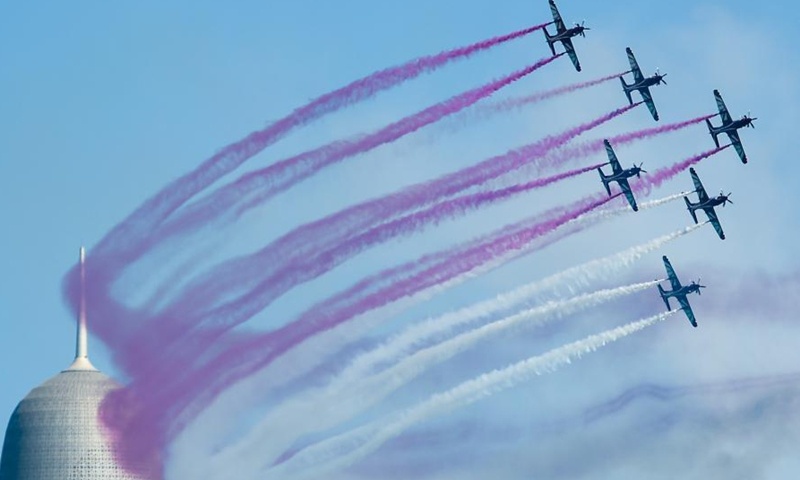 An aerobatic team performs during a military parade to mark Qatar's National Day celebration in Doha, capital of Qatar, on Dec. 18, 2020. (Photo: Xinhua)

Air travel between Qatar and Saudi Arabia was expected to resume on Monday, according to the countries' airlines, a major landmark as Doha's former rivals normalize ties under a landmark agreement.

Saudi Arabia and its allies the United Arab Emirates, Bahrain and Egypt in June 2017 slapped a blockade on Qatar that included closing airspace to the country over claims it backed Islamist groups and was too close to Iran.

The quartet agreed to lift the restrictions at a Gulf ­Cooperation Council summit last week in the Saudi desert city of Al-Ula, after energetic diplomacy by outgoing US President Donald Trump's administration.

The first commercial flight between Qatar and Saudi in three and a half years, a Qatar Airways service to Riyadh, was to take off from Doha at 1045 GMT and touch down at 1210 GMT, according to the airline's timetable.

Qatar Airways said that the flights would be with wide-body planes including the Boeing 777-300, Boeing 787-8 and Airbus A350.

Saudi Airlines (Saudia) said that it too would resume flights from Riyadh and Jeddah to Doha from Monday.

The New York Times had reported that Qatar has been paying in excess of $100 million annually to use Iran's airspace to bypass Saudi Arabia.

However, a senior UAE official said last week that while trade and travel links could be resumed within a week, restoring diplomatic ties would take more time as parties rebuild trust.