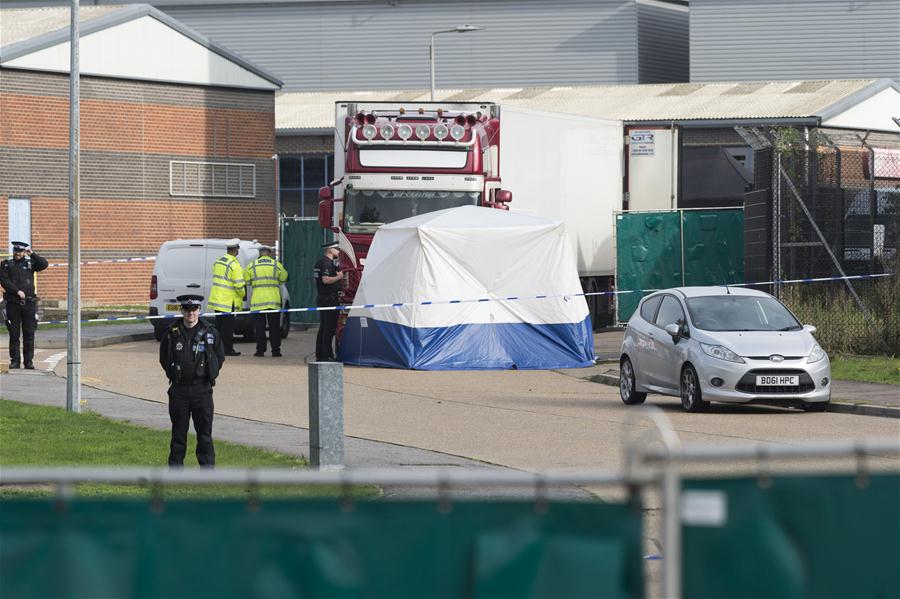 Police officers work at the scene where 39 bodies were found in a shipping container at Waterglade Industrial Park in Essex, Britain, on Oct. 23, 2019. (Photo: AP)

The first remains of the 39 people found dead in a truck in Britain last month arrived in Vietnam early Wednesday, an airport security source quoted by UK media.

The bodies arrived on a commercial Vietnam Airlines flight from London to Hanoi, where ambulances and security personnel waited at the airport, according to 24matins.

The other remains are expected to arrive in the coming days, though officials have not confirmed the date publicly, 24matins reported.