First reported US case of COVID-19 variant found in Colorado

The first reported U.S. case of the COVID-19 variant that's been seen in the United Kingdom has been discovered in Colorado, Gov. Jared Polis announced Tuesday. 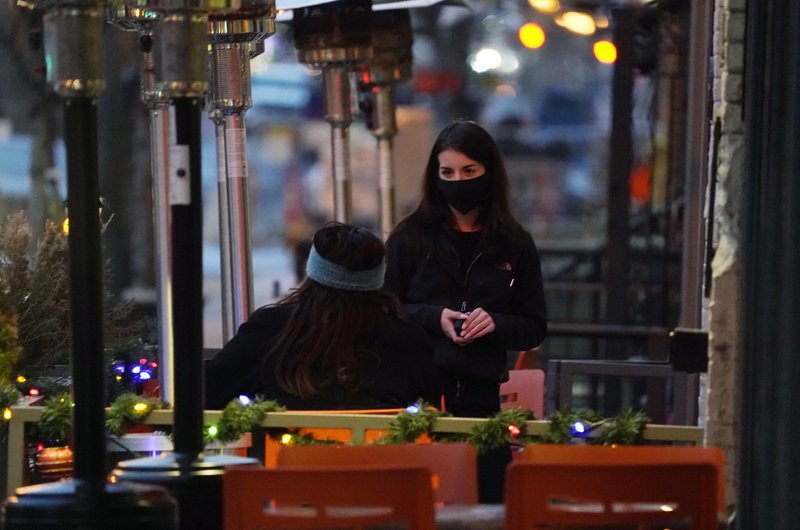 A waitperson wears a face mask while tending to a patron sitting in the outdoor patio of a sushi restaurant, late Monday, Dec. 28, 2020, in downtown Denver. (Photo: AP)

The variant was found in a man in his 20s who is in isolation southeast of Denver and has no travel history, state health officials said.

The Colorado State Laboratory confirmed the virus variant, and the Centers for Disease Control and Prevention was notified.

Scientists in the U.K. believe the variant is more contagious than previously identified strains. The vaccines being given now are thought to be effective against the variant, Colorado health officials said in a news release.

Public health officials are investigating other potential cases and performing contact tracing to determine the spread of the variant throughout the state.

"There is a lot we don't know about this new COVID-19 variant, but scientists in the United Kingdom are warning the world that it is significantly more contagious. The health and safety of Coloradans is our top priority, and we will closely monitor this case, as well as all COVID-19 indicators, very closely," Polis said.

The discovery of the new variant led the CDC to issue new rules on Christmas Day for travelers arriving to the U.S. from the U.K., requiring they show proof of a negative COVID-19 test.

Worry has been growing about the variant since Saturday, when Britain's prime minister said a new strain of the coronavirus seemed to spread more easily than earlier ones and was moving rapidly through England. The nation's first variant case was identified in southeast England.

Dozens of countries barred flights from the U.K., and southern England was placed under strict lockdown measures. Scientists say there is reason for concern but the new strains should not cause alarm.

Japan announced Monday it would bar entry of all nonresident foreign nationals as a precaution against the new strain.

New variants of the coronavirus have been seen almost since the virus was first detected in China nearly a year ago. It is common for viruses to undergo minor changes as they reproduce and move through a population. The slight modifications are how scientists track the spread of a virus from one place to another.

But if the virus has significant mutations, one concern is that current vaccines might no longer offer the same protections. Although that's a possibility to watch for over time with the coronavirus, experts say they don't believe it will be the case with the latest variant.

The variant has also been found in Canada, Italy, India and the United Arab Emirates.